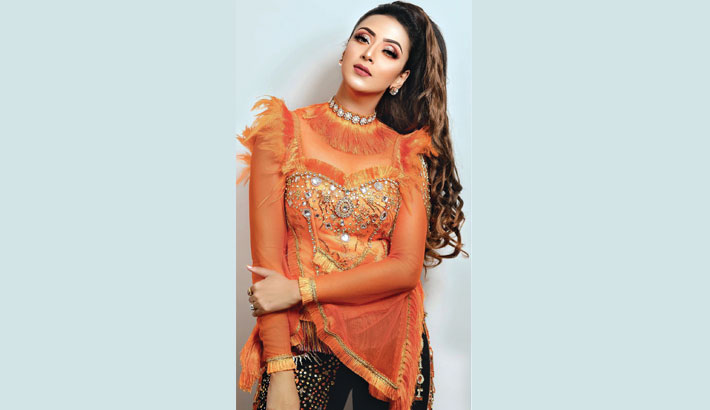 The actress will celebrate the special day with her family today.

Today is the birthday of National Award-winning actress Bidya Sinha Saha Mim. Her friends, colleagues, fans and well-wishers are pouring good wishes on the artiste as she turns another year older.

The actress will celebrate the special day with her family.

Mim said, “The birthday is always a delightful event for me. But this year I don’t have any special plan due to the pandemic. These days I hardly go out except shooting or any emergency. For me, my family’s safety is first. Today I will stay at home and celebrate my birthday with my family.”

“What I want from everyone is their blessings so that I can lead a successful life in the future and have a happy life with my family,” the actress added.

On the work front, Mim will start shooting for the ZEE5 original film ‘What the Fry’ from tomorrow. National award-winning director Anam Biswas will direct the web film.

Apart from this, the actress is in talks for a new film which is likely to start in December. She will disclose further info about the matter after signing the contract of the film.

Mim made her debut on the silver screen through Humayun Ahmed directed film ‘Amar Ache Jol’ (2008) after winning the title of beauty pageant contest ‘Lux Channel i Superstar 2007’. She has established a successful career in Bangladeshi film industry. She has also starred in Indian Bengali film ‘Sultan: The Saviour’ in 2018 opposite Jeet. The 2014 film ‘Jonakir Alo’ brought her first National Film Award.