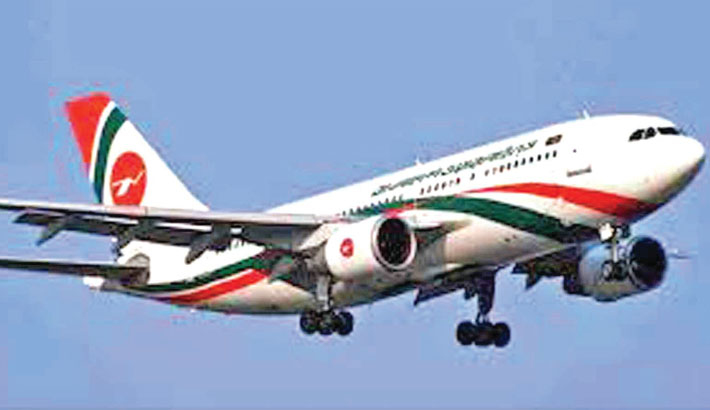 Biman Bangladesh Airlines has suspended its flight on the Dhaka-Kolkata route from next November 12 until further notice.

The national flag carrier came up with the decision around a week after Biman resumed its regular flight to the destination.

The fight suspension information was revealed in the official website of national flag carrier on Monday.

Sources said that the national flag carrier suspended the flights on Kolkata route due to the lack of passengers.

Earlier, Biman resumed its flights on the route on 1 November with three weekly flights. Biman operated the last flight on Thursday.

Regular flights between Bangladesh and India resumed under air bubble arrangement more than seven months after they were suspended due to the corona virus outbreak in March.

Designated carriers of both the countries have been permitted to operate flights under the bubble with the some conditions.