Daughter urges all not to spread rumour 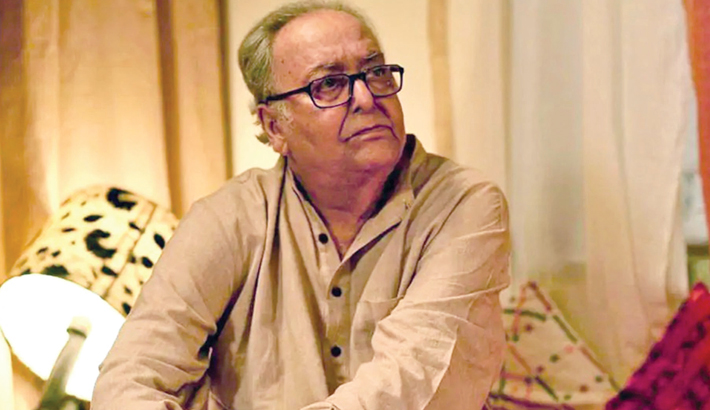 The health condition of veteran Bengali actor Soumitra Chatterjee continued to be critical on Wednesday, though his parameters are normal, doctors attending to the thespian said, report Indian agencies.

The legendary actor has been suffering from fever since Sunday afternoon.

Soumitra Chatterjee’s daughter Poulomi Bose on Wednesday appealed to all netizens not to indulge in rumour-mongering about the health of her father.

"Amidst this time of huge anxiety over the health of my corona-afflicted father, we are extremely upset, sad and heartbroken to find unauthorised pictures of him from the ICU and his medical bulletin being shared widely on social media," said Poulomi Bose.

The critically acclaimed actor, who has the rare distinction of having worked with maestros like Satyajit Ray, Mrinal Sen, Tapan Sinha and Tarun Mazumdar, was admitted to Belle Vue Hospital in Kolkata, on October 6 after he tested positive for Covid-19.

He was shifted to the ITU as his condition turned critical. A team of 15 doctors is overseeing him at the hospital.