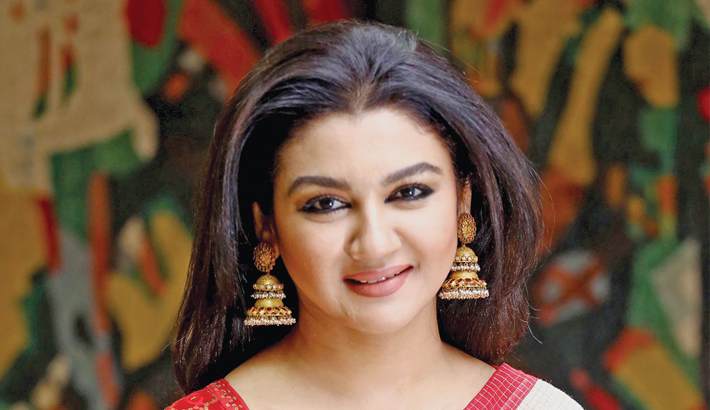 Popular actress Jaya Ahsan has joined leaders and celebrities from across the Commonwealth for the first-of-its-kind ‘Commonwealth Says NO MORE’ campaign against domestic and sexual violence, reports BSS.

The Commonwealth Secretariat and NO MORE Foundation have launched the campaign designed to help tackle the immediate crisis of the rapid increase in domestic and sexual violence due to the impacts of coronavirus, while also providing support for governments, organisations and individuals to confront this issue through longer-term prevention strategies and support.

The launch was held at a special virtual event attended by representatives and advocates from across the Commonwealth and representing nearly one-third of the world’s population.

At the event, the partners unveiled the first pan-Commonwealth digital portal designed to support governments and civil society in identifying and implementing joint solutions while also providing individuals with concrete actions they can take to support both the campaign and those affected by domestic violence.

The new ‘Commonwealth Says NO MORE’ campaign is launched at a time when organisations across the globe have seen calls to hotlines for victims of abuse and demand for support services rise from between 25 and 300 per cent during coronavirus lockdowns. Even before the pandemic, one in three women across the world are beaten or sexually abused within their lifetime, making it a leading cause of death in woman and girls.

“The protection of women and girls from domestic and sexual violence must be at the heart of the governmental response and everything we do to create a safer fairer and better world. Please join me and the Commonwealth in saying, no more,” she added.