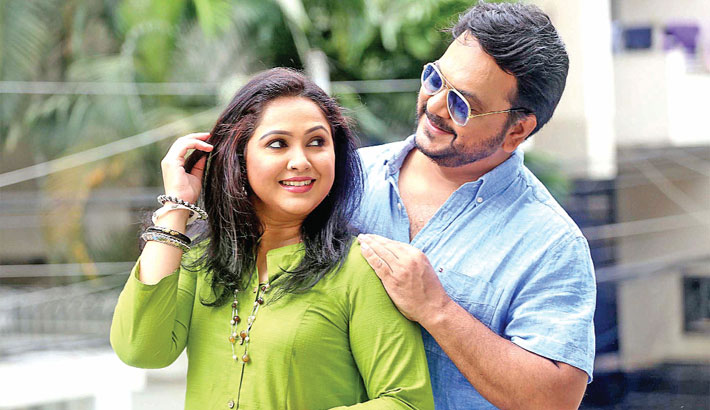 Mir Sabbir and Nadia Ahmed are two well-known faces of the small screen. The duo has presented many popular dramas to the audience. Now, they will be seen acting in a new drama serial titled ‘Corporate Bhalobasha’.

Written and directed by Sajin Ahmed Babu, the shooting of the drama has recently started at different locations in the capital.

Mir Sabbir will play as Asad and Nadia Ahmed will portray the role of Munni in the serial.

Talking about the drama, Mir Sabbir said, “It is my first work under the direction of Sajin Babu. The story of the serial is exceptional. His direction quality is amazing. I’m trying to give my best to the serial. I hope it will be a good drama.”

Nadia Ahmed said, “I’m working with Sajin Babu after 10 years. He has a well-equipped shooting unit. I always try to work with good story. ‘Corporate Bhalobasha’ contains an interesting story. I’m also working hard to portray myself according to the character.”

The drama serial will be aired on Nagorik TV soon, said Sajin Babu.

Mir Sabbir is one of the most popular small screen actors of the country. He made his television debut in 1999 with his performance in a drama titled ‘Putro’. Since then he has performed in more than one thousand TV dramas.

Besides acting, Sabbir has also directed many popular dramas like ‘Barisal Bonam Noakhali’, ‘Maqbul’ and ‘Noashaal’.

Nadia Ahmed is a television actress and dancer. She made her TV debut in 1986 on the BTV children’s programme Shishumela.