Developing Awareness about ‘Child labour’: An Issue of Prime Urgency 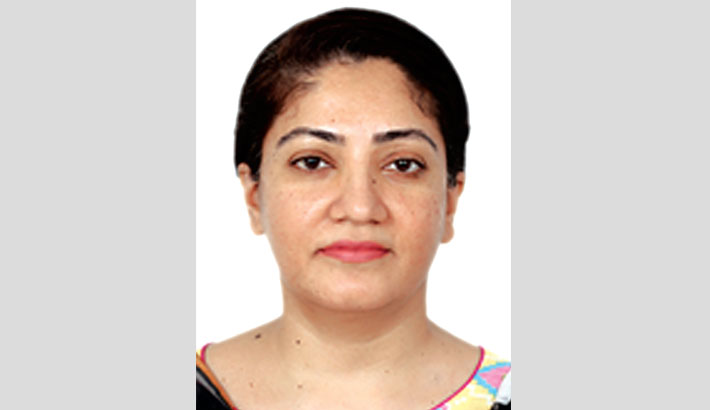 The words 'child' and 'labour' together signify a disconcerting and negative narrative. After being born and later stepping into childhood (5-15) s/he is supposed to experience a congenial environment for a meaningful, optimistic life on this earth. But in countries such as Bangladesh, a large number of children are deprived of the desired positive ambience while growing up. Sometimes they are even forced to step into hazardous and laborious work to earn and support their families without understanding anything about livelihoods. The main reasons behind this sombre life are primarily poverty, demographics of a country and lack of education, which happen mostly in developing and/or least developed, poverty prone countries.

It is known that all work done by children is not classified as child labour. Children’s participation in work that does not affect their health and personal development or interfere with their schooling which includes activities such as helping their parents around the home, assisting in a family business or earning pocket money outside school hours and during school holidays. These kinds of activities contribute to children’s development and to the welfare of their families; they provide them with skills and experience for future benefit, and help to prepare them to be productive members of society during their adult lifespan. Despite this, children are severely being engaged in laborious and hazardous work in both rural and urban areas of Bangladesh.

“Child labour” deprives children of their childhood, their potential and dignity, and that is harmful to physical and mental development. It refers to work that is mentally, physically, socially or morally dangerous and harmful to children; and/or interferes with their schooling by depriving them of the opportunity to attend school; obliging them to leave school prematurely; or requiring them to attempt to combine school attendance with excessively long and heavy work.

According to definition, a child is ‘a young human being below the age of puberty or below the legal age of majority’. Unfortunately, according to the estimation of the Institute of Development Studies of Bangladesh, 380,000 children were found homeless in 2016! And 55% of them are in Dhaka city alone. They face a miserable life, trapped in a vicious cycle of poverty, deprived of the basic necessities and, alarmingly, some turn to criminal activities. Moreover, chances of sexual exploitation are high among these children with no safe places to go, no family support and an inability to protect themselves. In addition they are often harassed by a section of law enforcing agencies. With almost no education and no access to healthcare, they are at high risk for infectious diseases, asthma and lead poisoning. Poor nutrition also leads to their poor health, with increased rates of stunted growth and anaemia. In rural areas, this scenario is not much different.

Most child labourers in Bangladesh are employed in the informal sector and it is hard to regulate and monitor. The most common forms of work are agriculture in rural areas and domestic service in urban areas. Due to the agrarian nature of rural Bangladesh, children’s working alongside adults in the fields has become a tradition. Family dynamics also contributed to child labour frequency rates. Children in households where all adults are working are more likely to work. Children in households where there is a larger portion of paid adult workers are even more likely to work. It hampers their education to a large extent.

In accordance with the published data by www.dol.gov many children in Bangladesh engage in dangerous work in informal manufacturing sectors and the dried fish industry. Children working in informal garment production work as many as 16 hours a day and often carry heavy loads, use hazardous machinery, and handle chemicals without protective equipment. In addition, due to large workloads, children may eat, shower, and sleep inside the factories where they work, often surrounded by water polluted by the factories. Children employed in tanneries also lack protective equipment and experience continuous exposure to heavy metals, and other hazardous substances. In the dried fish industry, children work all day without protective gear and are exposed to the insecticide DDT, salt, and the sun. In addition, some children in Bangladesh work under forced labour conditions producing bricks and drying fish.

The Bangladesh government has always taken child labour issue seriously and passed Acts; firstly, according to The constitution of the People's Republic of Bangladesh “…while guaranteeing the fundamental rights for the people prohibits all forms of forced labour under Article 34. Article 34 lays down that 'all forms of forced labour are prohibited and any contravention of this provision shall be an offence punishable in accordance with law”. Besides, The Children Act 2013 repealed the previous Children Act 1974 which was inconsistent with international standards particularly with the UN Convention on the Rights of the Child 1989. Section 4 of this Act provides that notwithstanding anything contained in any other law for the time being in force every person shall be deemed to be a child who is below the age of 18 years. Furthermore relevant policies and taken actions which majorly include; Child Labour National Plan of Action (2012–2021), Domestic Workers Protection and Welfare Policy, National Plan of Action for Prevention and Suppression of Human Trafficking (2018–2022), National Education Policy, Seventh Five Year Plan (2016–2020). Consequently, certain progress has also been made till now based on these Acts, regulations and subsequent monitoring brought good results to some extent.

But unfortunately COVID-19 has made a major turn back in this process. “Up until the current crises hit, Bangladesh had been making great strides in reducing child labour,” said Tuomo Poutiainen, Country Director, ILO Bangladesh. According to the International Labour Organization (ILO) and UNICEF, millions more children are at risk of being pushed down to child labour due to the COVID-19 crisis, which could lead to the first rise in child labour after 20 years of progress.

To make every child free of labour or at least to diminish from the miserable condition of involving in child labour, continued investment as well as awareness development of the negative effects of child labour is absolutely crucial. When in life, a child is in utmost need of love, care and affection, they are thrown into a harsh part of the world to face the cruelties of life at a very tender age which certainly leaves long term mental, physical, psychological negative impacts of his/her own and others’ lives. Due to COVID-19, poverty rises, schools close and the availability of social services decreases therefore more children are pushed into the workforce. In the post-COVID stage to make sure that children and their families have the tools they need to face similar dire health concerns in the future, quality education, social protection services and better economic opportunities are important stakes to look forward into now more than ever.