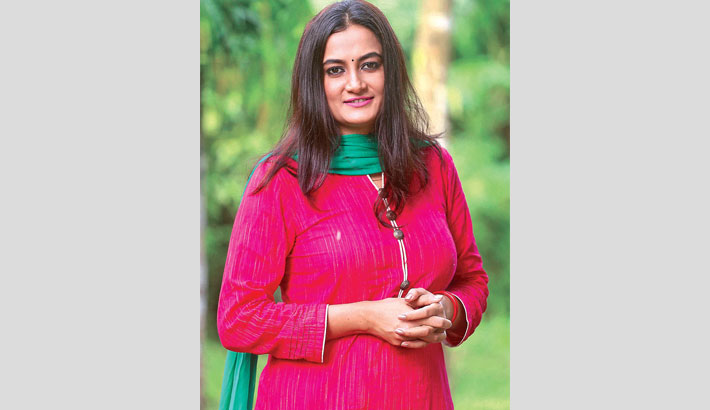 Aparna Ghosh is one of the popular small screen and film actresses in the country. The versatile actress has won the hearts of millions by her fabulous acting skill. Aparna, who has carved a permanent place in the minds of the audience, will be seen acting in a new drama titled ‘Achira’.

Based on the current situation of the society, Nahid Ahmed Peal has directed the drama. Aparna will play the title role in ‘Achira’. Popular actor Rownak Hasan will be seen opposite Aparna in it.

the shooting of the drama has been completed at different locations in the capital.

Talking about the drama, Aparna said, “The story of the drama is very interesting. I have tried my best to portray myself according to the character. Besides, Peal bhai is a talented director. Before this drama, I have worked with him in several projects. He always makes dramas with utmost care. Actor Rownak hasan, who has worked with me in the play, is also very cooperative artiste. I hope ‘Achira’ will be a good drama and audience will also enjoy it.”

The drama will be aired on Rtv soon, said director Peal.

Aparna Ghosh is an actress, theater artiste and model in the country. She won Bangladesh National Film Award for Best Supporting Actress for her role in the film Mrittika Maya (2013). She also received Anannya Top Ten Awards in 2015.

She was one of the top five contestants of ‘Lux Beauty Peasant Competition’ of 2006. After this beauty contest she started her career in the media. Aparna’s first TV drama was ‘Tobu o valobashi’. In her 14 years career she acted in many popular single and drama serials.