Of Talk Shows, Presenters and Panelists 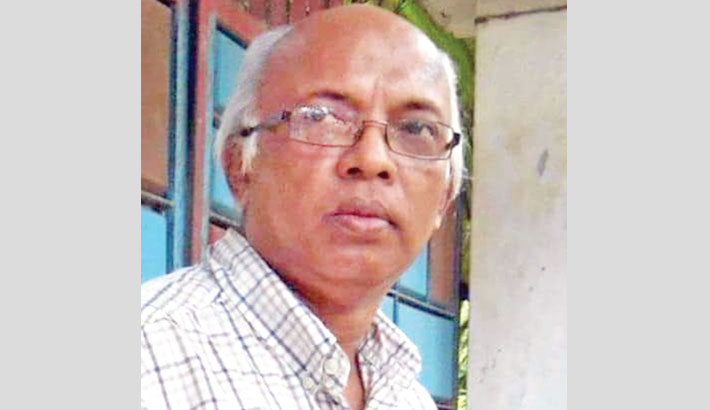 Conversations energise people and stimulate the growth of ideas, which is why in these days of what could be considered post-modern technology, it is a treat listening to wise heads debate contemporary issues on television. In a number of instances, such conversations are instructive and often enlightening, even if many of us do not agree with the thoughts being proffered by all those panelists on all those talk shows.

Having said that, there is much to be reflected on where talk shows on Bangladesh’s ubiquitous television channels are concerned. Briefly, it is a streamlining, a reconfiguring of these shows that is today a necessity. That is not to suggest that all channels do not uphold the standards citizens expect them to. But what certainly is disturbing is that many of the discussions which are generated on a number of channels leave not only their participants but also their audience profoundly unsatisfied. There are all the reasons behind such discontent.

Begin with the anchor or presenter of the show.

One is assailed by the feeling that all too often the anchor is not adequately prepared to grill his guests because he has not done the kind of homework he needed to do before the show gets underway. It is of huge importance that when the issues are of a complex nature, because they cover history, politics, society and the economy, the anchor must get his facts right. It is his job to see to it that his guests do not get away with flippant answers. He must not allow them to be evasive and he can only do that if his own comprehension of the subjects under deliberation is underscored by clarity.

The experience Bangladesh’s talk show audience has generally gone through has been rather disappointing, not least because those who appear on the programmes often are expected to respond to tame questions. If journalism is not tough, it is not journalism at all. Besides, every time an anchor, feeling uncomfortable with a participant offering a contrary point of view, with alacrity decides to change the subject or moves on to another participant or goes for what is called a small break for adverts, the audience correctly detects escapism at best and partisanship at worst here. Let’s not make any mistake. Those who watch the talk shows, be it in the urban regions or the rural areas, are smart people. They know subtle trickery when they see it.

A major issue with many of our talk shows --- we certainly have the exceptions, of course --- is that some guests keep talking, in response to one question, and often the answer is a long-winded one, clearly aimed at reducing the chances and the time for their fellow guests to speak their minds. This is not only unacceptable but unconscionable as well and when it happens, it should be for the anchor to compel the verbose participant into silence. A number of anchors clearly do not do that. It is their show and they should make it clear to their guests that appropriate answers to questions are expected of them. No guest should be permitted to go off on a tangent and bring in points that do not relate to the questions laid before them.

While all this is a matter of concern for citizens, there is too the need for anchors on these talk shows to discipline themselves. They must be brief in placing their questions to their guests and avoid the temptation of giving out their personal views on a subject. Their job is to ask questions rather than making it a point to have the cameras focused on them for an irritatingly long stretch of time. The anchor must not lecture, for his job is to get the discussion rolling. He is not on the show. His guests are. The anchor needs to be disciplined in another area, which is that he must not constantly butt in even as a guest is responding to a question. But that is precisely what a number of presenters, men as well as women, are prone to doing. They commit perhaps the biggest sin when they cut off a speaker in mid sentence and go on to another one. This is an insult to the guest and mars the overall quality of the talk show. It is a self-obsessed, rude anchor who does not let his guests finish airing their points of view. Citizens get turned off, for good reason.

There is too the malady of too many guests and too many subjects being pushed into a programme that hardly runs for forty five minutes, given that long stretches of advertisements interfere with the smooth progress of the talk shows. The authorities of the television channels need to rethink the advertisements question. Adverts can either be aired at the beginning or at the very end of the show in order for the conversation to proceed smoothly. Every injection of an advert in a talk show all too often sort of punctures the balloon. In other words, just when a conversation is getting traction, a break for adverts simply pushes it aside. It is generally not picked up with the same level of energy once the adverts are exhausted.

Talk shows are conducted best when no more than two panelists are there. Besides, the tendency on the part of the anchor or the channel to place too many subjects on the plate defeats the whole purpose of the programme. When that happens, what the audience gets is half-baked or predictably unripe responses to the presenter’s questions. The panelists are not to be blamed when that happens.

Decent conversations are those that have an individual proffering his thoughts on a certain issue, with the other guests listening politely until their slots for responses open up. Sadly, we have often observed --- and this happens on Indian and Pakistani channels too --- a multiplicity of panelists speaking at the same time with absolute disregard for the norms of civility. That is a brazen demonstration of a regrettable lack of sophistication.

Guests on television programmes would do well to learn from similar shows on the electronic media in the West, where every panelist respects every other panelist through listening to an individual talk without interruption. No one screams, no one raises his or her voice, and no one presumes to know more than the others. It is an academic debate the audience is happy to be part of.

A talk show ought to be an exercise in enlightenment, for those who watch it. Anything less will be a waste of time.