Wishing Sheikh Rehana Many Happy Returns of the Day! 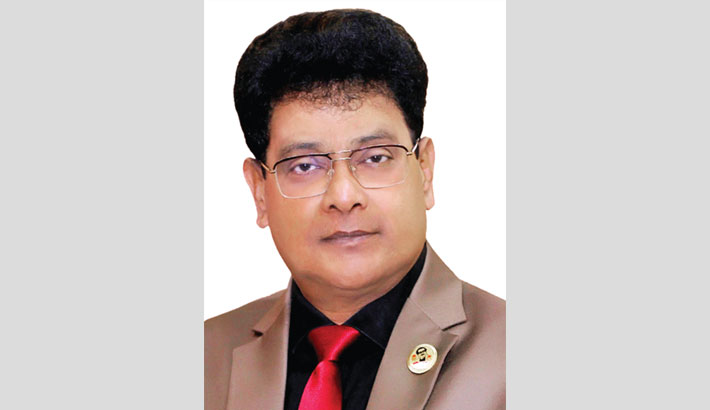 We wish Sheikh Rehana many happy returns of the day. Happy birthday to our sister Sheikh Rehana on this day 13 September. Sheikh Rehana is the younger daughter of the Father of the Nation Bangabandhu Sheikh Mujibur Rahman and Bangamata Sheikh Fazilatunnesa Mujiband the beloved sister of our honourable Prime Minister Jononetree Sheikh Hasina. She is a proud mother of a scholar son Radwan Siddiq Bobby, Consultant to United Nations Development Program and two daughters - Tulip Siddiq, a politician of British Labour Party and elected Member of Parliament and Azmina Siddiq Rupanti who are very well educated with familial, cultural, social, institutional, national, political, ethical and moral knowledge. She speaks little but works a lot in all respects. Sheikh Rehana is very gentle, amicable and dependable with modesty and generosity.

Sheikh Rehana is a person who has continuously been inspiring her elder sister honourable Prime Minister Sheikh Hasina to serve the people of the country since her childhood, especially since 1975. The blackest and the saddest day in the history of world civilization as well as in the history of the nation of Bangladesh is 15 August 1975 because of the great tragedy of brutal assassination of Bangabandhu and his family members. The vested quarters killed the Father of the Nation Bangabandhu Sheikh Mujibur Rahman along with most of his family members with a view to destroying the democracy, Bengali Nationalism, secular spirit and the spirit of liberation war. Fortunately, two daughters of Bangabandhu had been out of the country (in Belgium) on that time. For this, Bangabandhu’s worthy inheritors Sheikh Hasina and Sheikh Rehana survived and established Bangabandhu’s ideology and the philosophy of Bengali nationalism in Bangladesh.

Sheikh Rehana is of great inspirational strength for our worthy Prime Minister Jononetree Sheikh Hasina. Both sisters depend on each other and share the same ideas with each other for the greater interest of the Nation. It is as if a very common feature of Sheikh Hasina’s leadership. In the time of hardship and despair, Sheikh Rehana encourages her beloved sister to enlighten the nation with profound leadership and enormous courage. The Awami League President and Prime Minister Sheikh Hasina turns to be a very dependable savior in the skirmish of a dreadful phase of the fate of Bengali Nation. Being proud citizens of an independent country, we have chances to know Sheikh Hasina in numerous manners, especially at the time of crisis and adversity. We enthusiastically watch her how courageous she is. Jononetree Sheikh Hasina is repeatedly appears to be our only hope. Each adversity has observed how well-thought-out her decisions are. She has ascertained all the people of the country of security in hardship. Nobody is parallel to her not only within the country but also in the global arena. Certainly, the media of the world has been making such analysis for a long time. Sheikh Rehana is always with our Prime Minister in taking all these important steps for the betterment of the country. 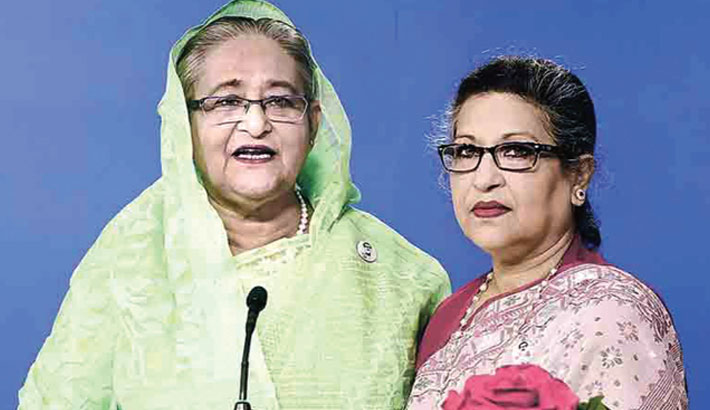 None can possibly give a statement with a certainty that the democratic politics in Bangladesh has always followed a direct road. Soon after killing the Father of the Nation Bangabandhu Sheikh Mujibur Rahman on 15th August 1975, the military rulers adopted the style of those in earlier Pakistan to govern Bangladesh which had once been created in consequence of a great war of liberation. After the brutal killing of Bangabandhu, Ziaur Rahman, who had taken power illegally, wanted to convert Bangladesh into a country following the Pakistani ideal.

In the early eighties, Awami League elected honourable Prime Minister Sheikh Hasina, the heir of the blood and politics of Bangabandhu, the president of Bangladesh Awami League through a national conference. After taking over the responsibility of the party, Sheikh Hasina returned to her own country overlooking the angry frowns of Zia's Military rule. It means that it is natural for her to steer the nation during disaster. Sheikh Hasina is the name of a dazzling flare that survived in the midst of fatal grenade charges. She has devoted herself to the wellbeing of the poor working class people of Bangladesh. She is as strong-minded to shape the Sonar Bangla following Bangabandhu’s dreams as is she also a representative of a substantial democratic and non-communal secular Bangladesh molded in the freedom struggle. Sheikh Hasina's political motto is “to upgrade the status of people’s lives.”

We are very fortunate that we have a very profound and rare leader like Sheikh Hasina who is at the same time very visionary, workaholic and honest per excellence. None will probably believe how a leader like Sheikh Hasina could assume the role of the helmsman in a third world or a developing country without observing her dedication and dynamic leadership. She has taken electricity to the homes of those who were shot down for demanding electricity. Even after the World Bank’s withdrawal of funding, she has turned the building of the Padma Bridge into a reality. She has shown the people of the world that Bangladesh is a very capable country.

It is not merely the sincerity or honesty, which is Sheikh Hasina’s strength. She believes in showing that we can do; it means that the Bengalis can. Sheikh Hasina regularly states one line: since we won the victory through a war of liberation, no triumphant nation can bow down and lose. This is the magic of Sheikh Hasina. This is the slogan, which has made her a world leader in the 21st century. Hundreds of millions of people like me cherish a very strong belief that Sheikh Hasina shall surely set her trend of achievement in the global context.

Sheikh Hasina’s most affectionate sister is Sheikh Rehana who is tirelessly playing a very vital role in inspiring Sheikh Hasina to go forward with the advancement in all sections of the nation. On this day of Sheikh Rehana’s birth anniversary, let us wish her long life and sound health with full of joy and prosperity.

The writer is a researcher, folklorist, columnist and Pro-Vice-Chancellor at Islamic University, Kushtia