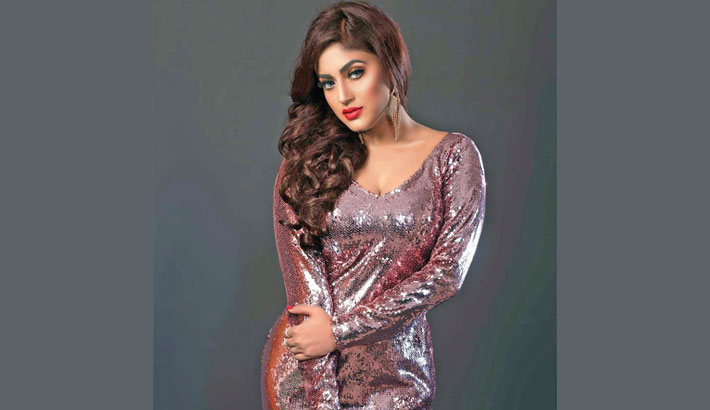 Dhallywood actress Mou Khan has signed a deal for a new movie titled ‘Tobu Prem Dami’ recently. Directed by Mohammad Aslam, in the film Mou will be seen opposite Amaan Reza.

The shooting of the movie has already been started in the capital. From the next week, Mou Khan will participate in the shooting. The shooting will be held at Pubail, Gazipur.

About the film, Mou said, “My film career started with the movie ‘Protishodher Agun’ directed by Mohammad Aslam.

This is my second movie with him. I’m working with Amaan Reza for the first time. The audience will see me in a vital character in the film. I am very hopeful about the film.”

The actress has also completed shooting for the web series ‘Mafia’ recently. She is waiting for the release of her films ‘Bandhab’ directed by Shujon Borua and Shafiq Hasan directorial ‘Bahaduri’.