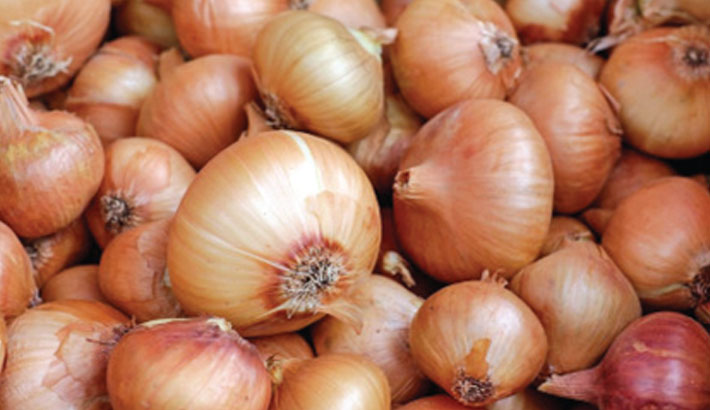 The government will withdraw the five per cent duty on onion import to keep the growingly volatile onion market stable.

The commerce ministry has directed the National Board of Revenue (NBR) to temporarily withdraw the import duty on onion.

In another notice, the ministry has directed all the land and seaports to release the imported onion in the shortest possible time.

In September-November of 2019, onion prices skyrocketed to an all-time high (Tk 280-300 a kg) amid an export ban by India, one of the major onion sourcing countries for Bangladesh.

Onion prices started increasing from October and it took more than three months to bring down the price below Tk 100 a kg last year.

Taking note of last year’s experience, the government is taking early measures to keep the onion price stable over the next few months.

The letter issued by the Price Monitoring and Forecasting Cell of Commerce Ministry mentioned that onion market turns volatile during the lean period, which took a turn for the worse last year.

“Recent price trend suggests that onion price has increased in recent times. Lower import and rise in import cost were the key reasons for the volatile onion market,” said the letter.

In another letter, the ministry said onion is an import-based kitchen item and its price often fluctuates.

Commerce Minister Tipu Munshi said they are preparing to import the highest-ever quantity of onion this year to keep the market stable.

He said that all the government departments are alert to avert any recurrence of last year’s chaos and TCB will start selling onion in the open market from next Sunday.

Since last week, the onion market has started becoming volatile as prices of the key spice increased up to Tk 80 from Tk 40-45 in a week.

Onion price has started to increase from September 6, according to the state-owned Trading Corporation of Bangladesh (TCB).