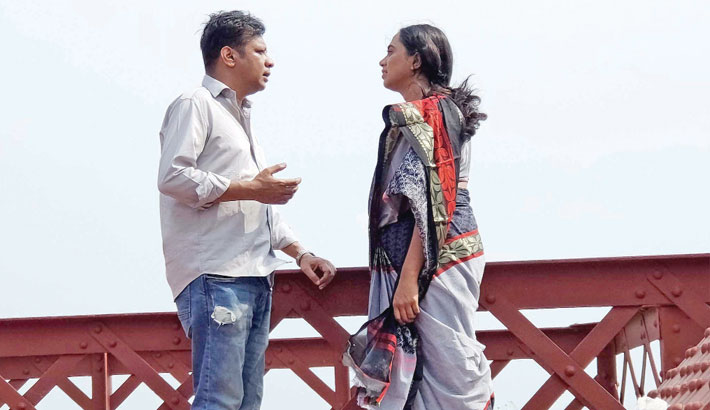 Based on the story of Bengali revolutionary nationalist Pritilata Waddedar, Jui has played the role of   Pritilata while Intekhab Dinar will be seen as Nirmol in the drama.

The shooting of the drama took place at different locations including, Ishwardi Railway Station and historic Hardinge Bridge in Pabna, on September 4 and 5.

Talking about the drama, Jui said, “The shooting of the drama took place in Pabna as per the story. My character in the drama was very challenging. I’ve tried my level best to portray myself according to the character. Dinar bhai is also a talented artiste and cooperative too. I hope the audience will enjoy the drama very much.”

Dinar said, “I thank Farhad Alam for making a good drama with challenge. We have worked hard for the drama. I can say that it is my best work in recent times. I believe the audience will accept our work.”

The drama Biplobi Othoba Ekjon Premika will be aired on a television channel on September 23 on the occasion of the 88th death anniversary of Pritilata Waddedar, said Farhad Alam.

Dinar debuted in television drama by his performing in ‘Gor’ directed by Salauddin Lavlu. He also acted in films including ‘Jaijatra’ and ‘Phire Esho Behula’.