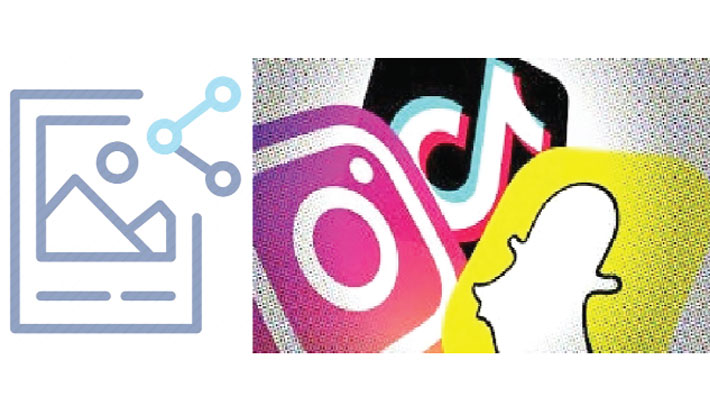 Technology world has experienced an immediate ‘heat wave’ as two short-video sharing apps confronted to stay ahead to attract people in small screen.

Sino firm ByteDance came into scene globally through rebranded the entertainment app Musically as TikTok.  As the popularity of the video sharing app has been increased in pace of time, US-backed social media giant Facebook rolled out Instagram Reels, a clone of TikTok to survive in race in field of tech-enabled entertainment. In the first phase, US-backed Instagram’s Reels focuses on the world’s largest democracy to surpass the Tiktok, a widely used short-video sharing app by Sino firm ByteDance, a Beijing-based Internet Technology company. ByteDance was previously famous for developing then the dominant travel and transportation search engine Kuxun, which was previously acquired by TripAdvisor.

Global online video platforms’ market size is USD 42.60 billion, which is expected to expand at CAGR (Compound Annual Growth Rate) of 20.40 percent. Research agency Frost & Sullivan expects online the trend of short-video sharing platforms will overtake the conventional online entertainment platforms in the coming years. People find it short-video platforms much easier to access than that of paid-contents. As these kinds of platforms are free to use, it’s getting more popularity. TikTok is available in over 150 countries with over 1 billion users.

Tiktok got more than 175 million users from the US alone, which generates 500 million US dollars in revenue from the US. Emergence of AI, user-centric UX, and blockchain tech are giving an advantage to TikTok in capturing the market fast.

United States recently has shown concerns over privacy, data protection, cyber bullying, and possible spying on US citizens. US is most likely to see Tiktok to be acquired by any American companies within a short period. On a piece of recent information, Microsoft is trying hard to bag the Tiktok in its portfolio. On a different game, Facebook has come up with Instagram Reels to catch-up on the fast-pace of the short-video streaming market.

When the US is tolerating Tiktok in its region, when India has imposed a ban on Tiktok, Instagram Reels is expected to catch the opportunity. Tiktok allows its users to make 1-minute videos, whereas Reels is allowing only 15-second videos.

Tiktok has a unique feature that lets users make duet videos, and Reels could not come up with such kind of features. Just like Instagram, Reels also allows users to spread their content in shareable formats.  Facebook-owned Instagram is positioned as a photo-sharing site, however, Tiktok is popular is the short-video platform at the beginning. So, it would be a paradigm shift for Instagram’s current users. Just because they loved to share photos, that’s why they are on Instagram. So, they might take Reels as another feature.  Experts assume that Instagram’s Reel should be a different App, not would be aligned with Instagram’s current layouts. When both Tiktok and Instagram’s Reels are on a rivalry place, a good portion of users from the US is also moving to Instagram Reels to get the first-hand experience. In India, users are not yet shifted to Instagram’s Reels.

In a recent report by The Times of India ‘, the average time spent by users within the Instagram app grew by only 3.5% since the launch of Reels in India. Some other market entrants like Triller, Likee, and Dubsmash are also trying hard to be in pie.

Facebook has the advantage of aligning music labels and agencies, as they were associated with Facebook’s moves for so long. This advantage might let Instagram’s Reels users have super-easy access to the vast music oceans. Overlooking Facebook’s past attempts to compete with Tiktok with its Lasso App, still, the opportunity remains for Facebook considering Tiktok’s existential survival in the US. Facebook might need to come up with massive innovations just to give the hope to Tiktok users that Instagram’s Reels is going to be the next happening theme in short-video sharing ecosystems.

Google on a different note, is trying to popularize its homegrown short video platform called “Shorts’, which is initially launched in India. Like Instagram’s Reels, ‘Shorts’ will not be a different app other than YouTube. Shorts will be pre-embedded on YouTube just as a whole-new feature.  In case, Microsoft acquires the Tiktok, Facebook might be back-footed considering the readiness of the app. Tiktok users is emotionally associated with the name Tiktok, not with its origin. So, if the App remains as Microsoft-owned in the US, it would shake the Instagram’s Reels or Youtube Shorts.

Now the wait is for the changing environment, whether Tiktok will win to exist in the US as a China-backed company complying with digital diplomacy or not. Tech-enthusiasts will keep sharp eyes on Microsoft’s The Tiktok-buying-journey and Facebook’s next moves, innovations, and strategies to beat the DanceBytes’ Tiktok or Microsoft's Tiktok. Users from two big markets and the rest will most probably use the best App of its kind.

Mohammad Anisul Islam is a marketing and technology enthusiast. He works for ACI Logistics Ltd. (Shwapno Retail) in its Brand Communications department. Mr. Islam can be reached at [email protected]