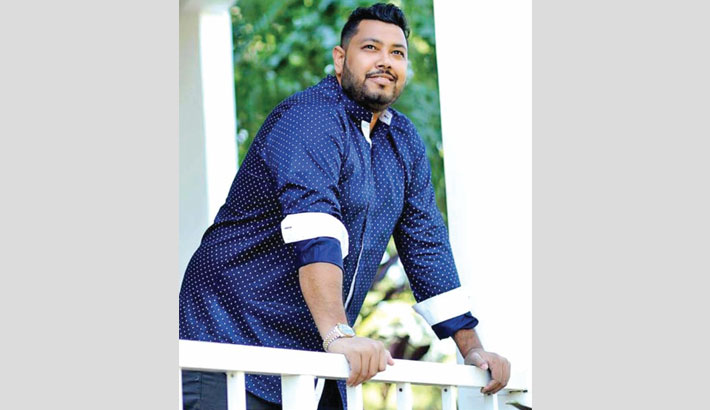 Popular singer Protic Hasan’s new song ‘Sudhu Bhalobashi Bollei’ will be released soon. Alongside giving voice to the song the artiste himself has composed the track.

Prosenjit has written the lyrics of the track. Moumita Tashrin Nodi is Protic’s co-singer in the song.

The recording of ‘Sudhu Bhalobashi Bollei’ has already been completed and the shooting of its music video begins today in Cox’s Bazar.

About the song, Protic Hasan said, “The lyrics of the song are amazing. I have composed and sung the track with utmost care. Nodi also has sung well. Soumitra Ghosh is a talented music video director. He will make the video of the song. I hope the song will be one of the best tracks of 2020.”

On the other hand, Protic-composed several drama songs which got popularity among viewers during the Eid festivals. The songs are ‘Mon Korla Tumi Churi’, ‘Amar Rashi Niye Bhishon Jala’, ‘Khaia Kaam Nai’ from the TV plays Mask, Taka Ta Koi and Meshrashi respectively.

Regarding this, the singer said, “I have mostly lent my voice to TV plays’ songs during the lockdown. I have lent my voice to seven to eight drama songs. I am planning to make music videos of three popular songs among these tracks.”

Protic Hasan debut song as a composer was ‘Prem Madal’. But he got popularity with the song ‘Moner Posha Ochin Pakhi’ written by Kaband Raihan.