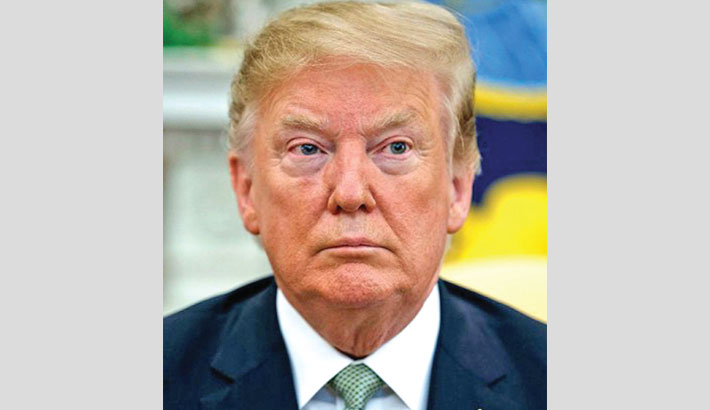 KENOSHA: President Donald Trump on Tuesday took his tough law-and-order message to Kenosha, the latest US city roiled by the police shooting of a black man, as he branded recent anti-racism protests acts of “domestic terror” by violent mobs, reports AFP.

Trump has been hoping for months to shift the election battle against Democrat Joe Biden from a referendum on his widely panned coronavirus pandemic response, to what he sees as far more comfortable territory of law and order.

And in the Wisconsin city of Kenosha, in upheaval since a white police officer shot 29-year-old African American Jacob Blake in front of his three young sons, the Republican found his mark.

“These are not acts of peaceful protest but really domestic terror,” Trump said after touring damaged areas of the city, describing multiple nights of angry demonstrations last week that left two people dead.

Crowds lined the barricaded streets where the president’s motorcade passed, with Trump supporters on one side and Black Lives Matter protestors on the other, yelling at one another from a distance and in sometimes tense face-to-face encounters.

“Thank you for saving our town,” read the sign of one supporter along the road. “Not my president,” read another. Under heavy security that blocked off the road, Trump visited a burnt-out store where he told the owners “we’ll help you rebuild.”