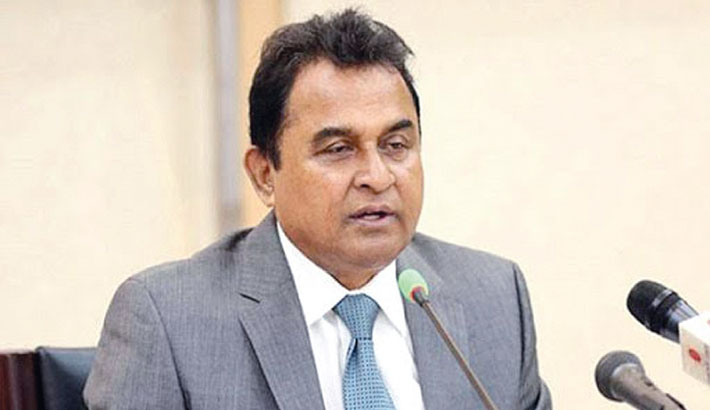 The incentive and steps to ease sending remittance legally has paid off as the country fetched nearly 50 percent more remittance in July and August amid corona pandemic, the finance minister said on Wednesday.

There has been a buoyancy in the inward remittance flow as it earned a record 50 percent more remittance in July-August,” Finance Minister AHM Mustafa Kamal said on Wednesday, terming the growth as an incredible event of Bangladesh.

He made the remarks in reply to query after a meeting of the Cabinet Committee on Government Purchase on Wednesday.

Kamal said this was possible because of small incentives and initiatives for reducing hassles of sending remittances through legal channel.

“This is an incredible increase of 50 percent over last year. What I got in six months has come in two months,” he said '

"When I was the planning minister, I did a study on my own initiative," he said. The study found that 51 per cent of remittances came legally and 49 per cent came illegally or through hundi. From then on, I started thinking that 100 percent of remittances should be legalized,” he added.

"We want the entire amount of remittance income to be legalized," he said.

For the success, the government has done two things --one is to provide 2 percent incentive on remittances and the other is simplifying remittance sending.

“Many questions were asked, now I have made them easy. None of those who have received remittances in the last one year have been questioned,” he remarked.

“No one's remittance was lost while sending to country from abroad. That is why remittances have increased so much,” he pointed out.

The finance minister further said: "Expatriates are supporting us by earning a lot of money." Besides, they are getting stronger themselves. I thank them on behalf of the Prime Minister Sheikh Hasian as they have started sending the hard money legally.” Meanwhile, according to the updated report published by Bangladesh Bank, remittances sent by expatriates in the second month of the current financial year in August $1.97 billion.

Besides, in July this year, expatriate Bangladeshis sent remittances amounting to $2.60 billion.

He said if the small businesses can prove that they have been affected by the pandemic, they will get the benefit from the incentive package.

The central bank, Bangladesh Bank, is also looking into the allegations of SMEs being deprived of the loan package to overcome the pandemic shock, he said.

There are allegations that banks were not disbursing loans from the Tk 20,000 working capital of SMEs.

The government will subsidise 5 percent of 9 percent interest rate on SME loans. The remaining 4 percent will be paid by the borrowers.