Real fail to go on top after Barca suffer humiliation 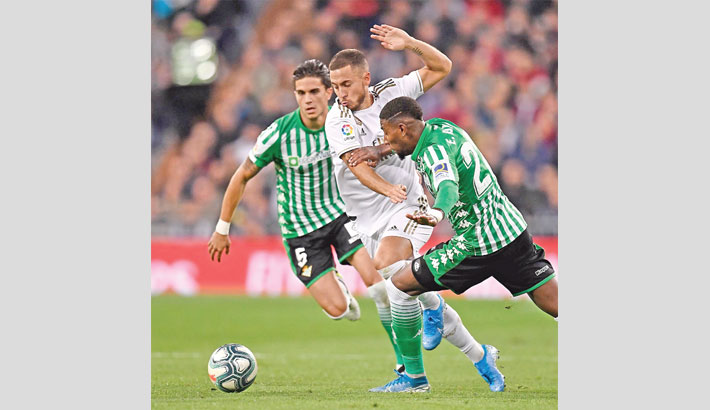 Real Madrid and Atletico Madrid each passed up the chance to go top of La Liga on Saturday after Barcelona conceded three goals in seven minutes during a surprise 3-1 defeat by Levante.

Lionel Messi converted a first-half penalty at the City of Valencia Stadium but the defending champions tasted seven minutes with an incredible treble shortly after the hour.

It means Barca will be relieved to stay at the summit - ahead of Atletico by a point with a game in hand and in front of Real on goal difference.

“Everything unravelled,” said Barcelona coach Ernesto Valverde. “We didn’t start the second half well, we weren’t creating chances and although they weren’t either they suddenly scored two goals. The third one hurt us a lot.”

Jose Campana and Borja Mayoral scored in the 61st and 63rd minutes before Nemanja Radoja added a third in the 68th to leave their disheveled opponents with too much to do.

To make matters worse, Luis Suarez was forced off in the 41st minute with an injury to his right calf and would now appear to be a doubt for Tuesday’s Champions League game at home to Slavia Prague.

Real Madrid, Atletico and Sevilla all with the chance to claim top spot but none seized the initiative.

Real are yet to establish a consistent run of results, even if they created more than enough chances to beat Betis and on another day might have scored five.

Eden Hazard saw a much-needed goal ruled out and Sergio Ramos went close too before Karim Benzema skewed wide at the back post from four yards.

The best opportunity fell to Ferland Mendy but, with only Joel Robles to beat, he lifted his finish up, over and wide. Hazard had waved Mendy through and might have wondered why he did not take the ball himself.

Atletico and Sevilla played out a 1-1 draw at the Ramon Sanchez Pizjuan, where Diego Costa missed a penalty, before Real squandered a string of opportunities at the Santiago Bernabeu in a goalless draw against Real Betis.