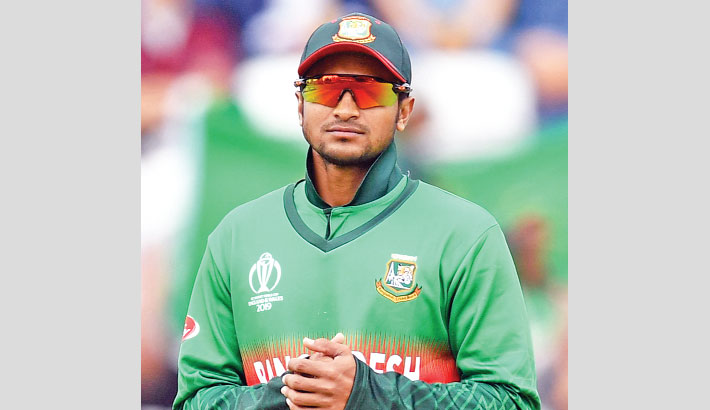 Shakib, also goodwill ambassador of ACC reached at the office main gate at around 10:45 am where ACC director Nasim Anwar received him and took at 2nd floor and entertaining him with various items of Pitha (cake) there, ACC sources said

Later, he went to the ACC chairman at 4th floor to meet him. He came out from the chairman office after talking with him for around 30 minutes and left the ACC office by his BMW car.

Just four days after an ICC sanction imposed on him, Shakib went to the ACC office, but he did not talk with media during that time so the reason of going there is not unclear.

When asked, ACC spokesperson Pranab Kumar Bhattacharjee said “Shakib is goodwill ambassador since 2018 and he came to the ACC to discuss with chairman over an earlier matter.”

International Cricket Council (ICC) banned all-rounder Shakib Al Hasan from all forms of cricket for two years on October 29, with one year suspended, for failing to report three corrupt approaches.

Shakib, who has played 56 Tests, 206 ODIs and 76 Twenty20 internationals, is Bangladesh’s biggest sporting hero and has regularly topped the ICC rankings for all-rounders since 2009.

At this year’s World Cup in England, Shakib scored more than 600 runs and picked up 11 wickets. He also became the fastest cricketer to reach 5,000 runs and 250 wickets in one-day internationals.