Taapsee slams a troll on being called a ‘problematic actress’ 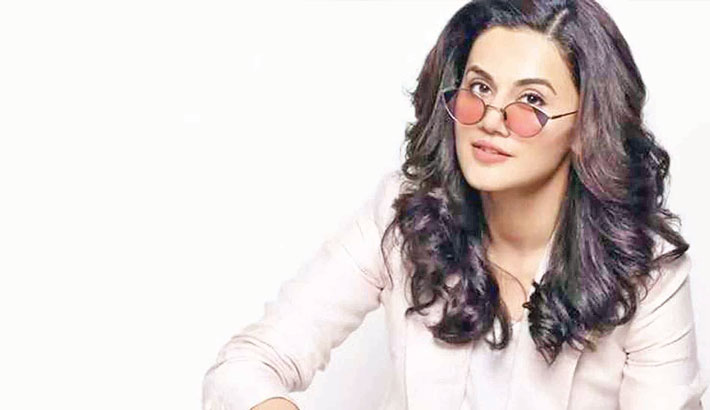 Bollywood celebrities are often being trolled on social media by their haters. Some celebs choose to respond whereas some choose to ignore them. Taapsee Pannu, who was last seen in Saand Ki Aankh in one such actress who responds to some of her trolls, reports Pinkvilla.

And this time the girl has done it again. On Twitter, a user called her the most ‘problematic actress in the history of Bollywood’. To this Taapsee replied, “I know it my parents also believe I am pretty problematic. Big problem for stereotypes and conditioning and sorry to inform you, I shall continue to be so I hope you have a little more tolerance power.”

Sony Pictures’ Lada Guruden Singh responded to Taapsee' answer and tweeted, “And what’s gonna happen to them when #Thappad comes out.” To this, the actress replied back, “Uffff! I will be a problem of so many after that ok will let them LIVE until then.”

Taapsee will be seen in ‘Thappad’ soon which is produced by Anubhav Sinha under his banner Benaras Media Works. The movie also stars Arjun Kapoor, Manoj Pahwa, Sharman Joshi and Pavail Gulati. Thappad is based on a female-oriented subject that defies narratives typecasting women.

Arjun Kapoor will be seen playing Taapsee's lawyer, Manoj Pahwa will portray the role of a judge, and Sharman Joshi will be seen playing the role of Taapsee's brother. After Mission Mangal, this will be the second time Taapsee will share screen space with Sharman. Thappad is all set to hit theaters on 4th May 2020. Besides this, Taapsee will also be seen in Anurag Kashyap's Womaniya, Prakash Raj's Tadka and Akarsh Khurana's Rashmi Rocket.