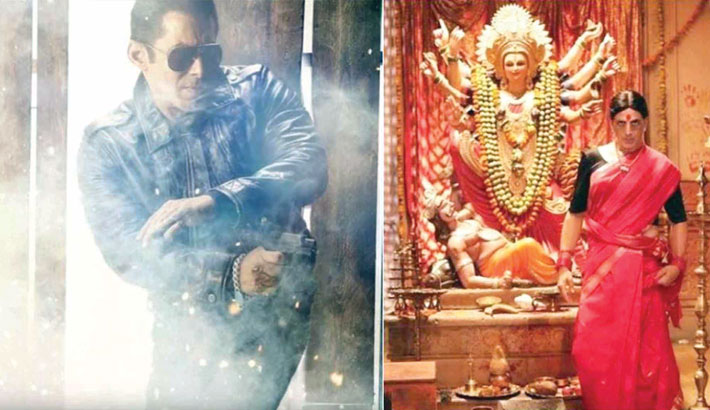 Akshay Kumar’s Laxmmi Bomb and Salman Khan’s Radhe: Your Most Wanted Bhai are all set for a box office clash as both the films are scheduled to release on Eid next year. On Saturday, film critic Taran Adarsh revealed that Akshay and Kiara Advani starrer Laxmmi Bomb, directed by Raghava Lawrence, will now hit the big screens next Eid, reports Hindustan Times.

Earlier, Laxmmi Bomb was set to hit the silver screen on June 5, 2020. Prabhu Deva directorial Radhe is scheduled to release on the same day.

Akshay Kumar in October shared his first look from the film Laxmmi Bomb during the auspicious period of Navaratri. The picture showed him cross-dressed in a bright red saree, as he poses front of an idol of goddess Durga.

It is being produced by A Cape of Good Films Production in association with Shabinaa Entertainment and Tusshar Entertainment House.