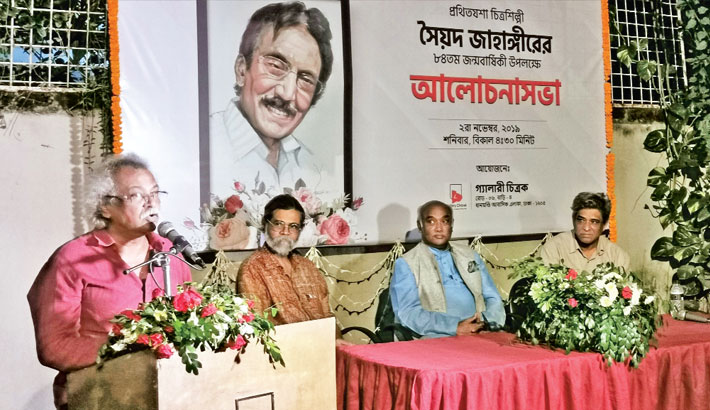 On the occasion of 84th birth anniversary of veteran painter and former director of Fine Art and Bangladesh Art Academy Syed Jahangir, a remembrance programme was held on the premises of Gallery Chitrak in the capital’s Dhanmondi area on Saturday.

Family members, fans and colleges attended this ceremony and reminisced about different aspects of Syed Jahangir’s versatile life. Speakers highlighted his creations and contribution to art at the programme.

Syed Jahangir was born on January 2 in 1935, in Tetulia village in Tala Upazila of Satkhira.  After working as a professional painter for almost 22 years, he joined Academy of the Arts as the Department head of Arts. Nature and season change was one of the characteristics of his paintings. The names of his famous exhibitions and series are ‘Attar Ujjibon’, ‘Ullash’, ‘Dhoni’, and ‘Ajana Onnesa’.