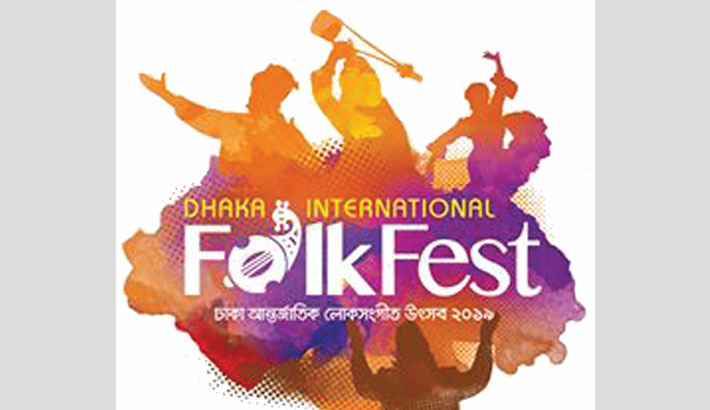 The 5th edition of the Dhaka International Folk festival will begin at Bangladesh Army Stadium in the capital on November 14. The three-day festival will be held every day from 6:00pm to 12:00am.

More than 200 artistes from six countries including, Bangladesh, will perform in Asia’s biggest folk festival.

Prema and Bhabna Nritya Dol, Shah Alam Sarkar from Bangladesh, Chveneburebi from Georgia and Daler Mehndi from India will perform on the first day of the festival.

On the second day, Rabbi and Shafikul, Malek Kawal, Fakir Shahabuddin from   Bangladesh, Hina Nasrullah from Pakistan and Habib Koité and Bamada from Mali will entertain the audience.

The brief descriptions of the great artistes who will perform at the festival are given bellow; 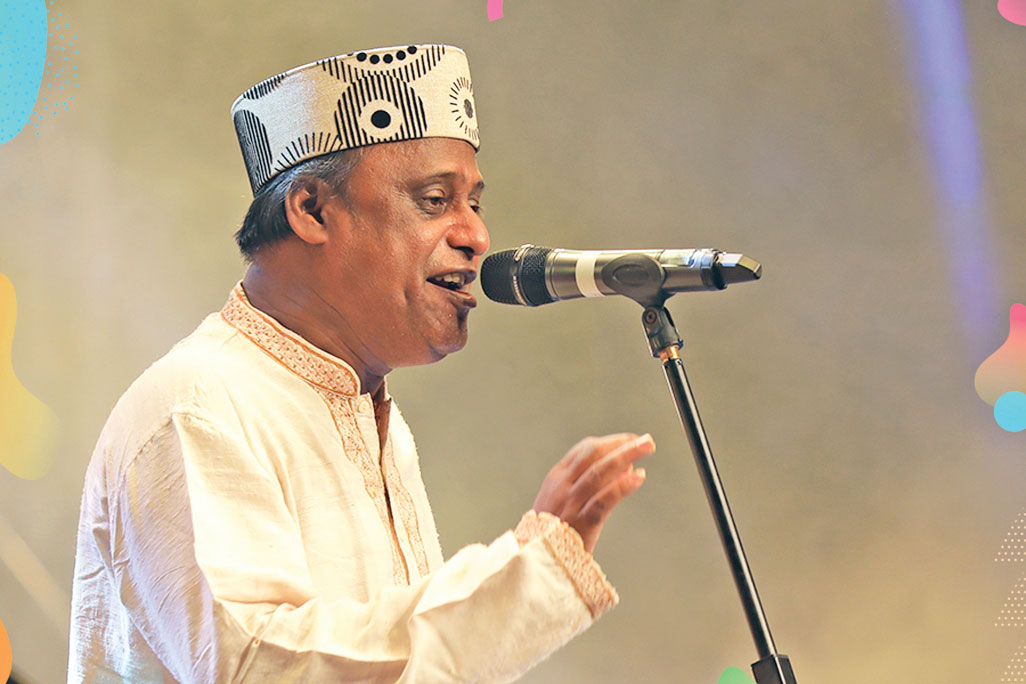 Shah Alam Sarkar is a popular folk singer of the country. The versatile folk singer is the creator of more than two thousand songs. The lyricist and musician worked with many legendary singers, such as-- Momtaz Begum, Runa Laila, Sabina Yasmin. His musical journey started from his childhood and later even studied music. This amazing Baul singer wants to spread Bangla folk music to everyone. 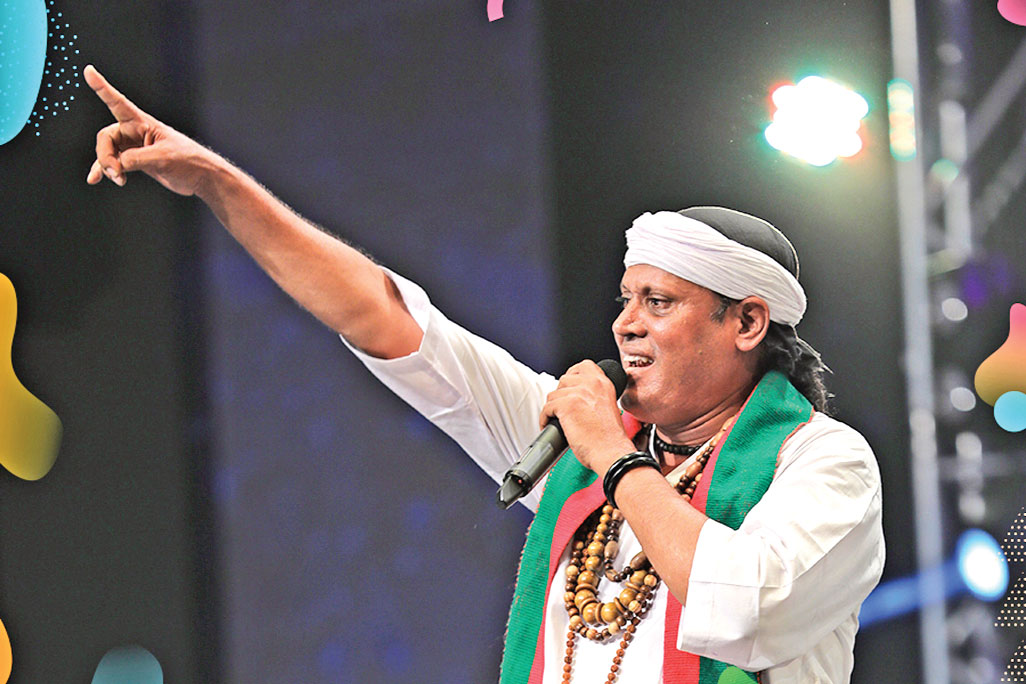 Fakir Shahabuddin is a gift from the God to Bangla folk music. He sings Baul and  Sufi songs. The protégée of Shah Abdul Karim, Fakir Shahabuddin is bestowing Bangla folk music for more than three decades with his enchanting singing. This lyricist, musician and music researcher has collected more than forty thousand Baul songs from remote areas of Bangladesh and archived them. 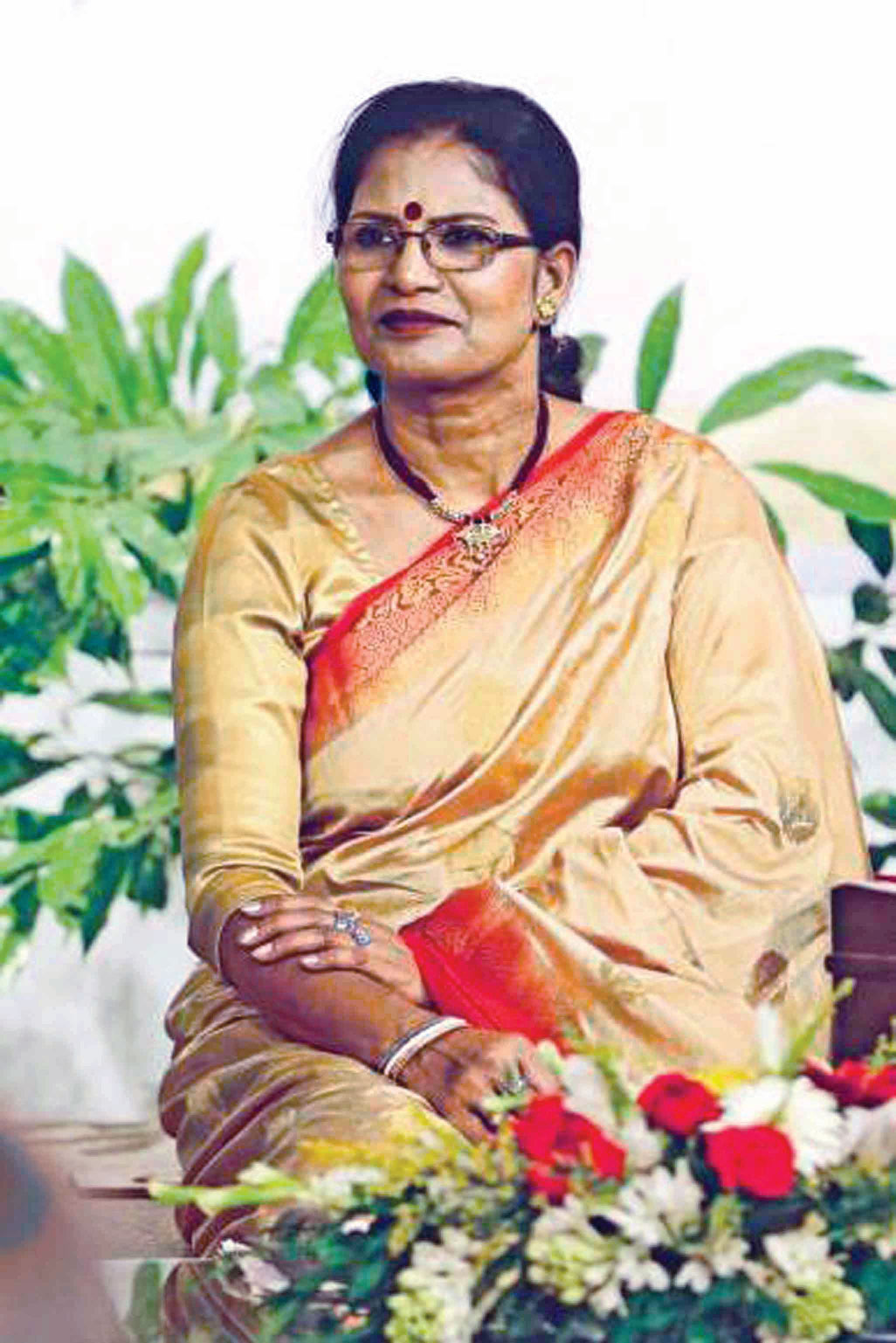 Chandana Majumdar is one of the eminent Lalon singers of Bangladesh. She won Bangladesh National Film Award for the Best Female Playback Singer for the film Monpura in 2009. She was raised in a musical family in Kushtia. Her father Nirmal Chandra Majumdar steered her journey towards music. Chandana takes inspiration from Nina Hamid, Ferdausi Rahman, Rathindranath Roy, Indra Mohan Rajbongshi, Farida Parveen and Kiran Chandra Roy. 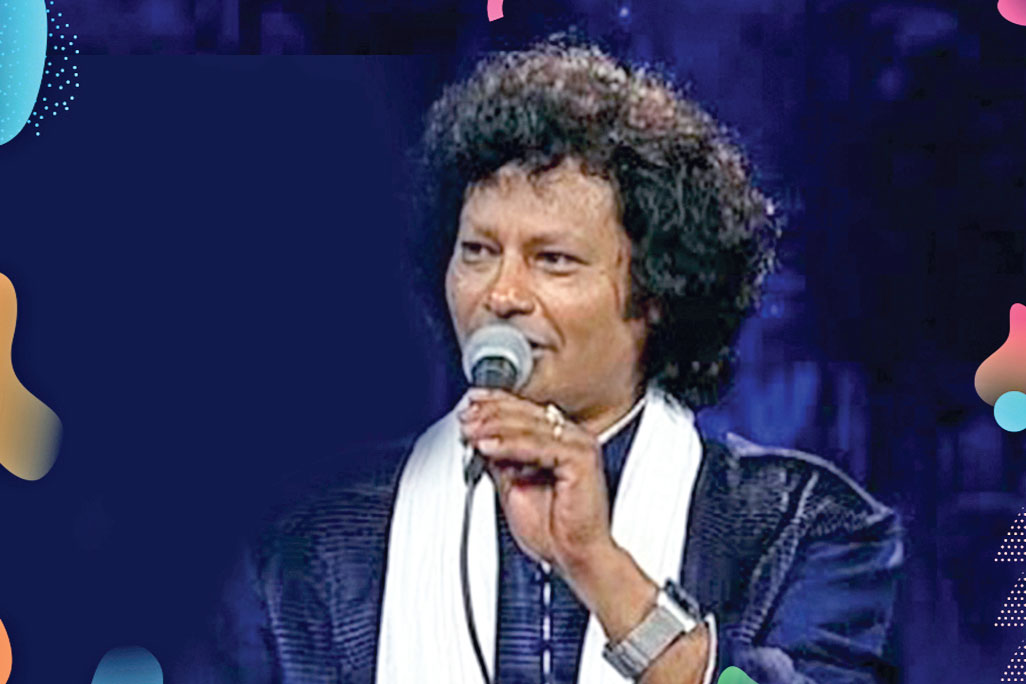 Kajol Dewan is a gem of Bangla folk songs. He binds audience with his enchanting performance and singing. He has released more than 300 audio albums. He has been performing Palagan and Baul songs all over the country. 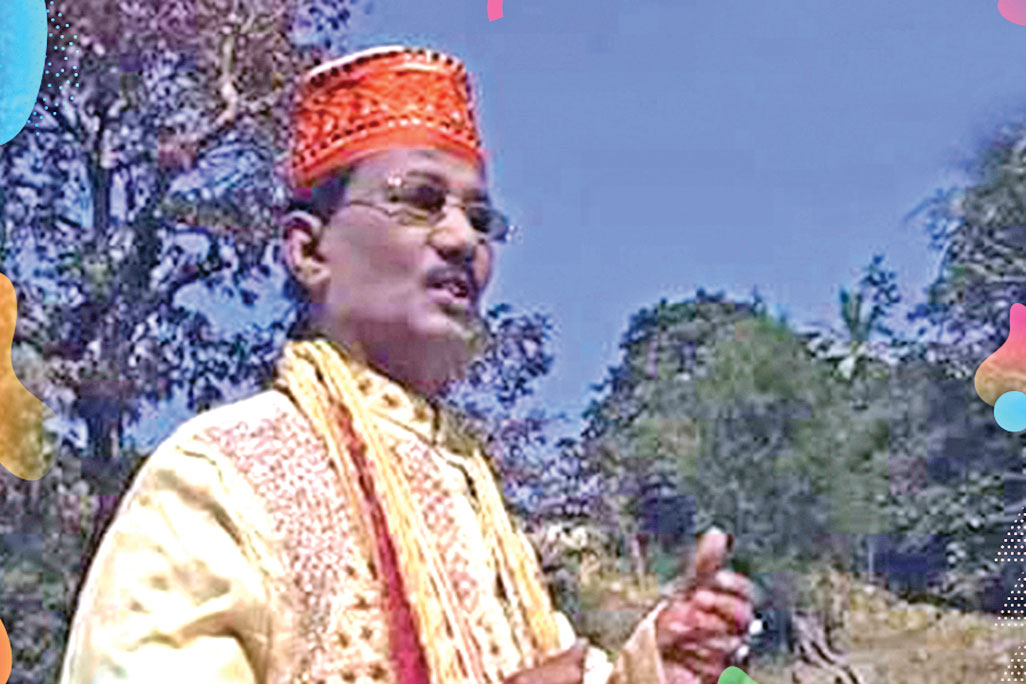 Malek Kawal is a Qawwali singer. He has been practicing Qawwali songs for more than 4 decades. He started his musical lessons from his Guru Mohin Kawal, later from Ostad Tunu Kawal. He is an expert of Qawwali music along with Maijvandari songs. 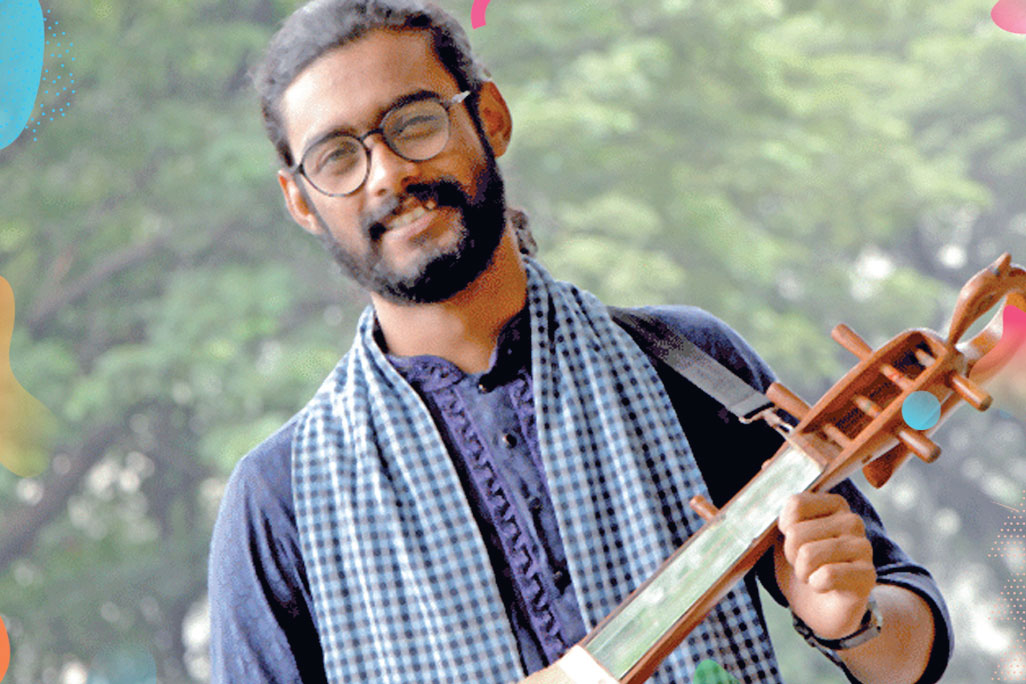 The young talent Kamruzzaman Rabbi is a dedicated folk singer. While learning Dotara from his uncle Abdul Jolil, he developed his keen for Bangla folk music and decided to pursue it. He got his major break at the only TV reality show of Folk music ‘Bauliana’ organised by Sun Foundation back in 2016. He was the fourth runners-up of the musical talent show. 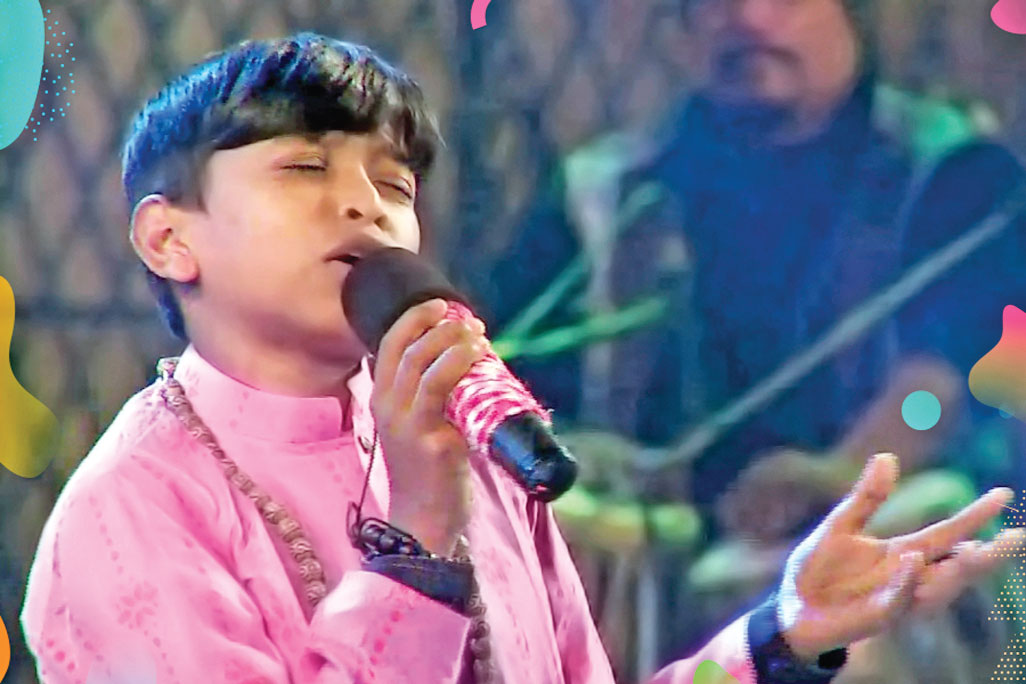 Shafikul Islam is the 1st runner-up of ‘Bauliana’ 2016. He has already captured the heart of millions with his musical talent. From Mymensingh’s audition round to becoming the top contender of the TV reality show made his musical journey worthwhile. 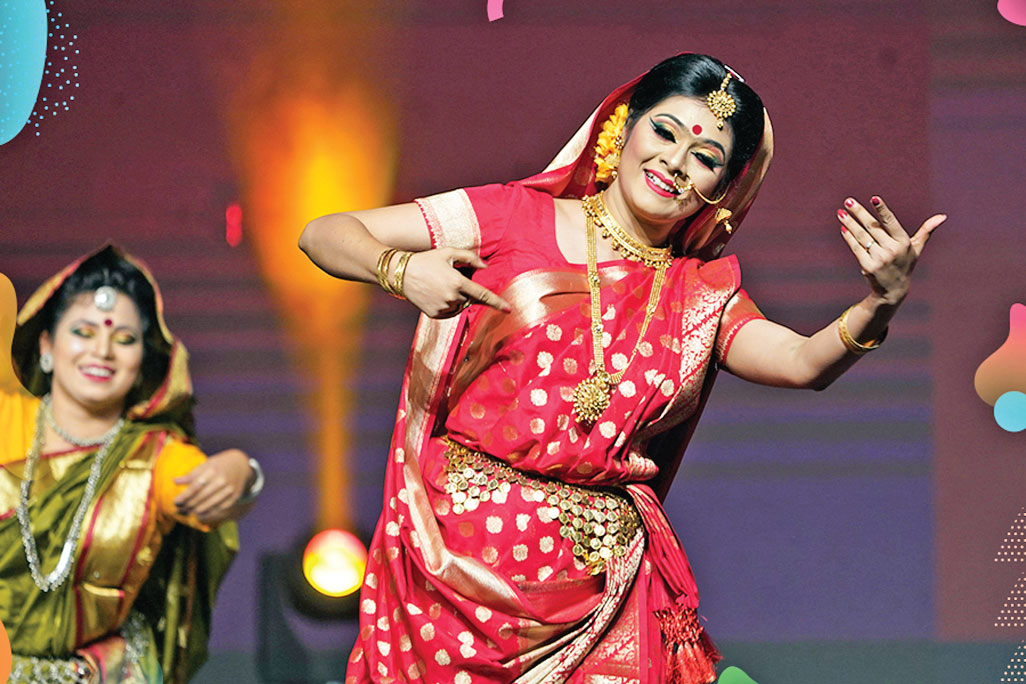 Bhabna Nritya Dol began its journey in the world of dance from 2007. Since then, popular choreographer Samina Husain Prema has been giving her guidance to this dance group. The troupe wants to preserve the old practices of dance forms while expanding and evolving into traditions further. Folk, Martial and Contemporary are the other dance genres that Bhabna Nritya Dol has explored. Bhabna Nritya Dol has performed dance act in various exhibitions, such as- ‘Bhanushingher Padaboli’ ‘Shakuntola’, ‘Paapmochon’. They have many plans regarding dance and its progress. 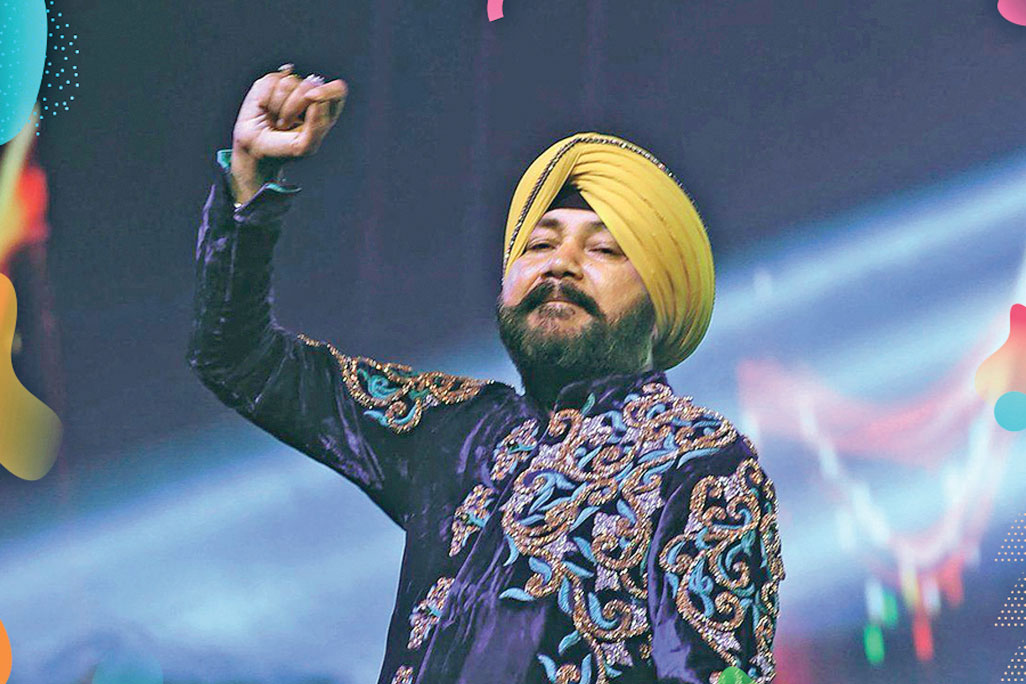 Daler Mehndi is an Indian singer. He has been entertaining music lovers from all over the world with his energetic Punjabi voice. He inherited the legacy of music from his family. His music has been endowed with many appellations, such as ‘Sultan of Swing’, ‘Sardar of Swing’,‘The King of Bhangra’. He is a master of music who ignites fire on stage with his powerhouse performance and versatile vocal. Recently, the artiste has been awarded as ‘Best Live Performer’ by Global Indian Music Awards (GiMA). 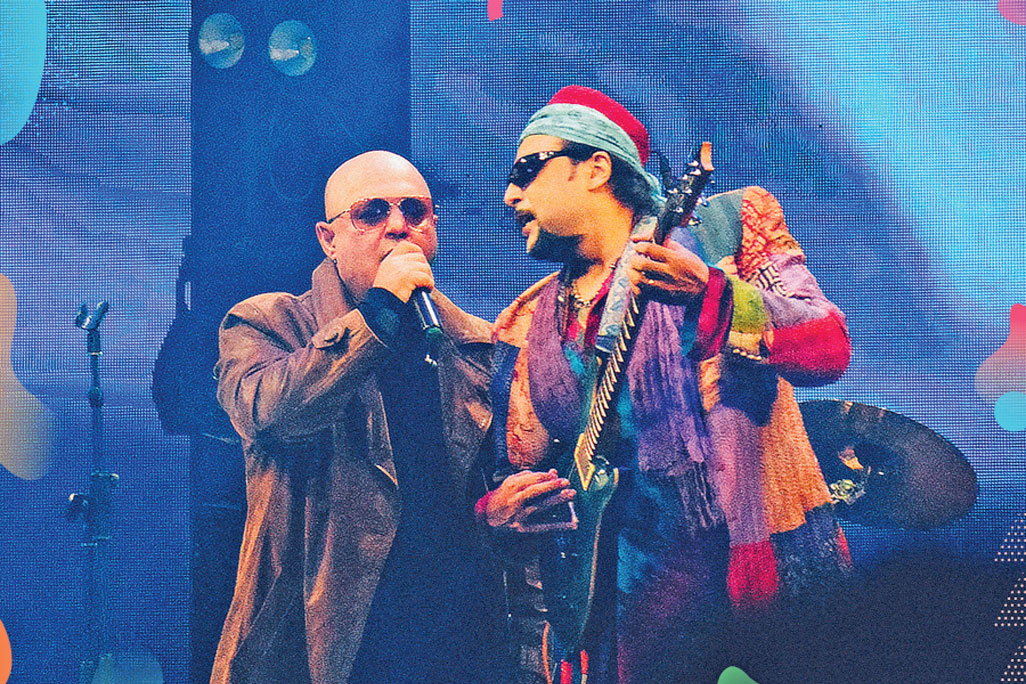 Junoon, the Pakistani band is sweeping melodies all over the world with their love for eastern mystical Sufi music for decades now. Junoon was founded in 1990 by Salman Ahmad the lead guitarist of the band. Ali Azmat and Brian O’Connell are the other members of the band. For the last twenty-five years, Junoon has entwined the audience with magical euphony of Sufi music. They shared stages with Nusrat Fateh Ali Khan, Melissa Etheridge, Alicia Keys, Sting, A R Rahman, Earth Wind and Fire, and Wyclef Jean. The band has sold over 30 million albums worldwide, including the multi-platinum albums. 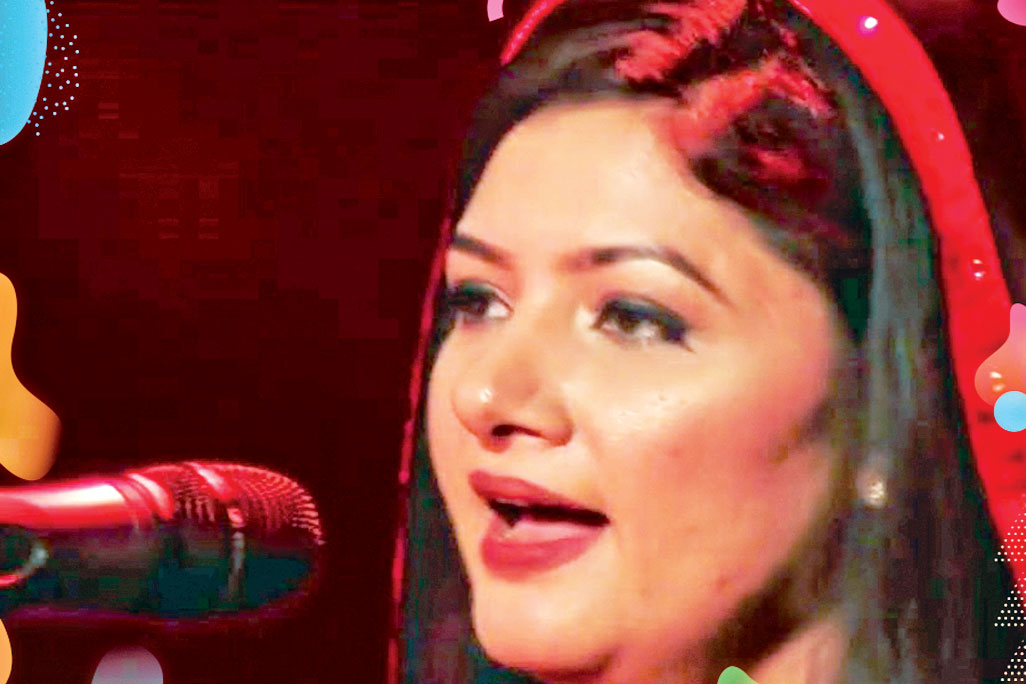 Hina Nasrullah is a sound of tranquility and transcendence from Pakistan. Musical Guru Yousaf Salahuddin discovered the talented young girl with a pristine voice who sings folk and Sufi music. After that, she made her debut with a program on PTV called ‘Virsa Heritage’ and since then she has been mesmerising music lovers from all over the globe. 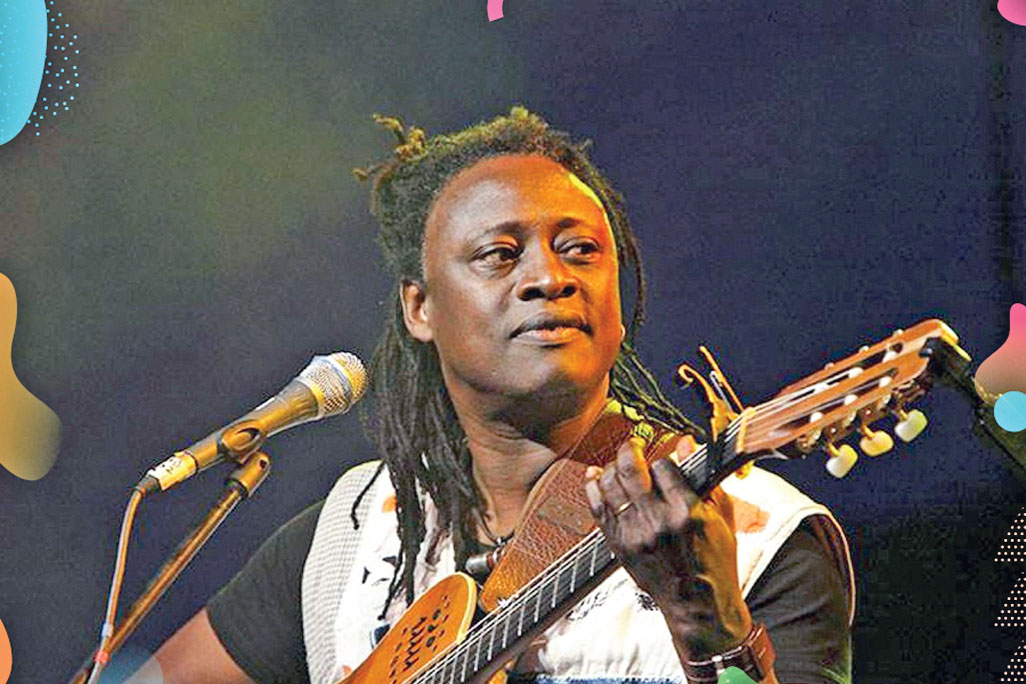 Koité is the most popular and recognised folk musician of Mali. In the mid-90s, he made to number three on the European World Music Charts for his first album ‘Muso Ko’. He inherited his passion for music from his family, developed a unique guitar style from his Griot mother. The perfectionist Habib Koité draws on styles from the different regions of Mali by integrating rock and folk sounds of the Western world without toning down his Malian root and music. His band Bamada released five CDs. Habib Koité and Bamada have performed more than 1700 shows since 1994 and that is one of the keys to their success. 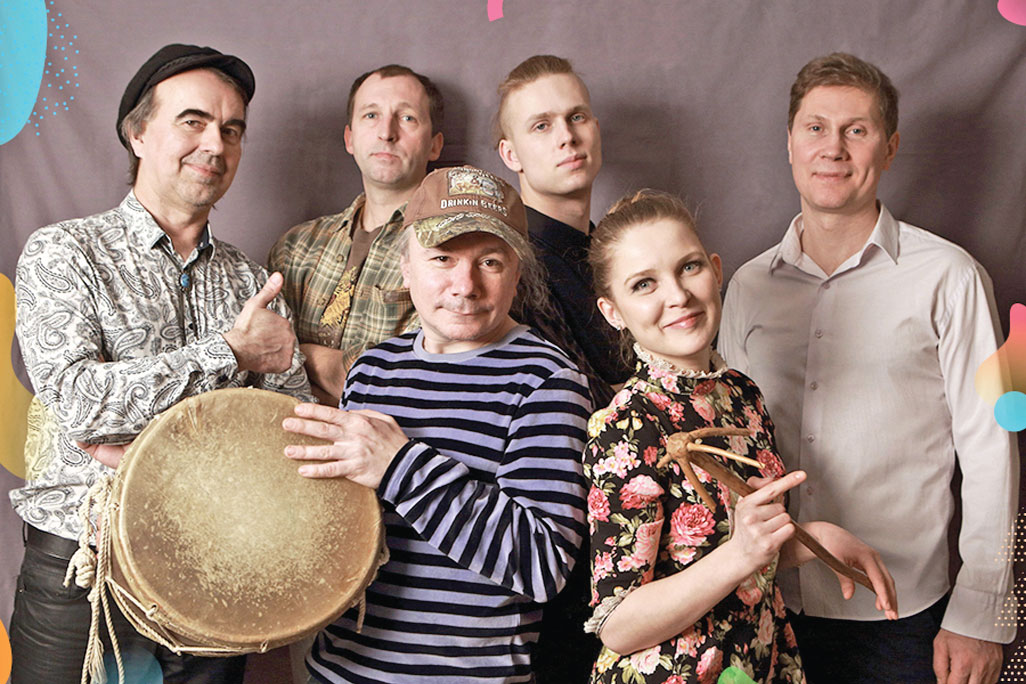 From the faraway lands of Russian Karelia ‘Sattuma’ is a Karelian-Finnish Folk band. This family-based Neo-folk band has been harmoniously blending the traditional and modern times. Since the beginning in 2003, Sattuma has pulled the heartstrings of people from Russia, USA, Finland, Scandinavia, Estonia, and Germany with their repertoire in different concert, halls, clubs and festivals. The songs of Sattuma range from the dialects of Finnish, Karelian and Russian. Till date, they have released 6 albums. They arrange melodious folk music by combining traditional folk music with their original style. 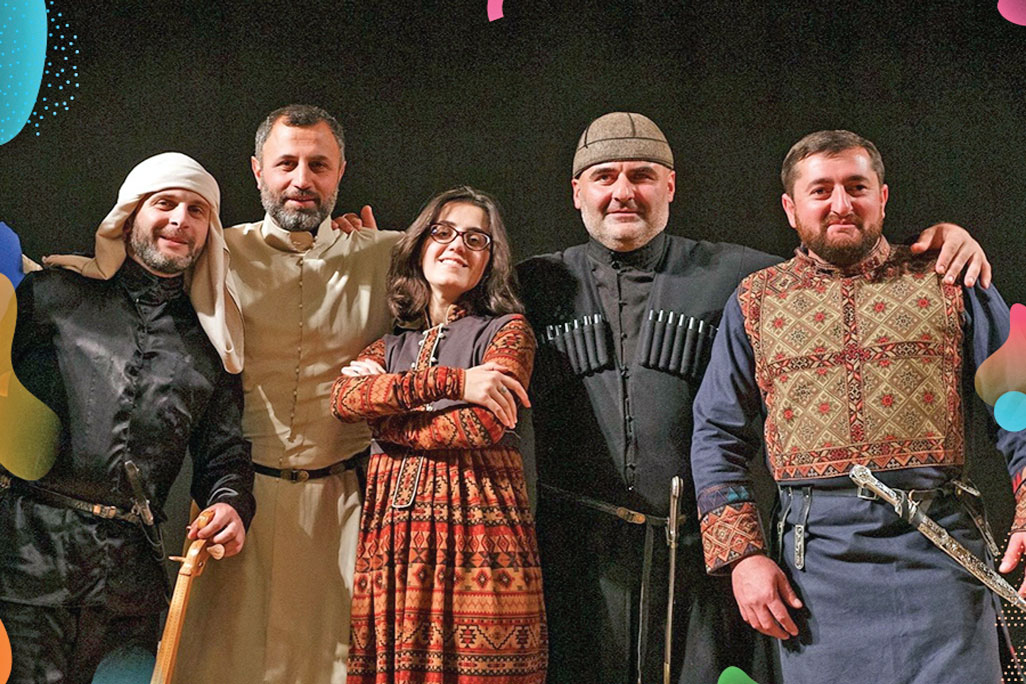 Magical ‘Chveneburebi’ is a traditional folk group from the land of mystic Georgia. The 8 members of the band come from different regions of the country and that is the uniqueness of their ensemble. Each of the band members can play authentic Georgian folk musical instruments and dance as well. On top of that, they can sing in three voices, specialised in traditional vocal polyphony. The repertoire of Chveneburebi concerts harmonises pure Georgian folk and ethnomusical compositions by the group, including the standard drum, keyboard and bass guitar. Every now on then, they arrange folk expeditions in different parts of the country. This amazing band has performed in many countries of Europe and Asia.