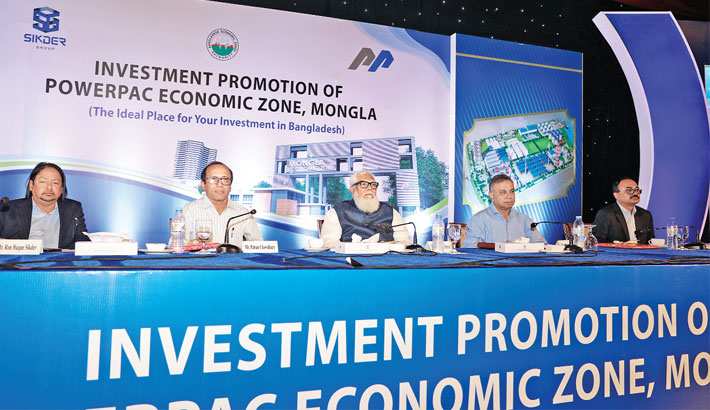 PowerPac Economic Zones Private Ltd, a concern of Sikder Group, has opened its door for private investors aimed to increase investment into the economic zone of Mongla.

It has already allotted 44 percent of the 205 acres of land to the private sector investors to set up industries in the economic zone (EZ) and called upon the most investors to invest at the EZ considering location and future business potentiality.

The economic zone is the first public-private partnership (PPP) basis economic zone in Bangladesh which is located beside Mongla River and the Mongla seaport.

PowerPac Economic Zone Mongla signed the developer agreement on 25 February 2016 with Bangladesh Economic Zones Authority (BEZA) to Design, Build, Finance, Own, Operate and Transfer (DBFOOT) of Economic Zone at Mongla, having 205 acres of land for a period of 50 (fifty) years.

Speaking on the occasion, BEZA executive chairman said that it is the first PPP project which is ready for establishing industries now.

“We have facilitated all sorts of services to make the land ready for infrastructure. Local and foreign investors are now showing interest to invest in the economic zone”, said BEZA Executive Chairman.

Narrating the prospect of economic zone model for Bangladesh, Paban Chowdhury said that it will change the face of Bangladesh economy through industrialisation.

About the One Stop Service of BEZA, he said that they are providing real one stop service to the investors.