Between Fairytales and Superheroes 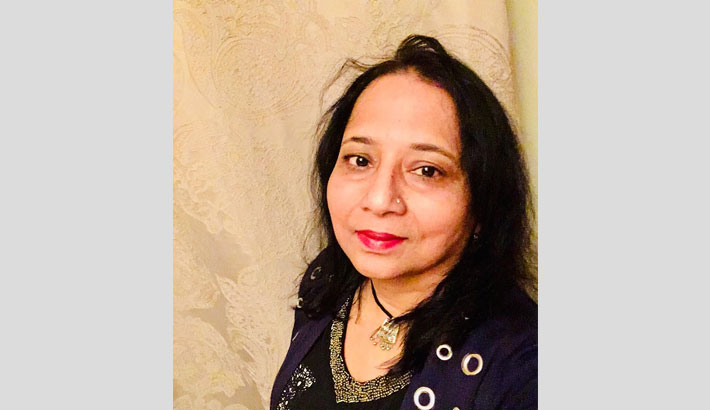 In the meet up group of Moms and Kids, the mother of a six-year-of argued, “Fairy tales are no good, they feed into unrealistic expectations among children. No prince is waiting for my daughter to rescue her from her problems. Problems are real, The Frog Prince is absurd.”

On the other hand, Tina loves to read fairy tales to her five-year-old son. To Tina, the old way of storytelling fuelled the wings of imagination because they were mostly rooted in nature, and rested on more tangible things. In fairy tales, one reads about monsters that come up from the oceans, a witch that lived on a redwood tree, or a giant beanstalk that housed a caterpillar; happenings that relate life around her.

To some readers, tales of superheroes are more about unattainable physical power, something that places a child in an unrealistic world. They tend to veil the power of their mind, imagination, and what immense possibilities those hold. “A seven-year-old boy with a healthy psychological and physical growth can’t be a real Batman and fly over high rise buildings, nor can a girl be a real Wonder woman,” they argue. And there is no real Frog Prince, but to the fairytale lovers, the magic is more contained within human touch. For instance, a princess has to kiss the Frog Prince to be back to the human form.

Reading is food for the mind and soul. And much as we would not eat something that does not take to our taste buds, we cannot read what we do not like. Brian, a farmer, wants his second-grader son to watch more of the children’s classic movies, and read fables or fairy tales.

Between the superhero and the fairies, the supernatural often tends to come with scientific explanations for their unnatural capabilities. They usually are about a single character reaching the height of his or her glory whereas fairy tales round upon a plot and multiple characters. A girl who finds her way out of a sad situation through the goodness in the story of Cinderella takes the whole family and embodies the idea of good winning over the evil. And then, a love story where a girl and a boy fall in love found beyond one’s appearance, the most beautiful love story is told in The Beauty and the Beast.

Fairytales and folklore are, at times, interwoven when the imagination picks its grains from real life. While folklores could be tales from a specific region of the world, fairy tales usually begin in an unknown realm of time, without mention of a particular religion or land and hence start with “Once upon a time…” Yet, fairy tales do not have only fairies. They also have elves, trolls, and goblins, magical beings that offer hope. For the origin of fairy tales, history has them emerging from daily human lives going back to thousands of years. They are said to have begun with ancient Egypt. Different cultures have woven fairy tales of their times, but they are mostly about the forces of good and evil, tales that encourage the best of a being to stand out.

For some people, superhero stories are modern fairy tales. If a magic mirror was used by the evil queen in Snow White to reveal her the secret of her beauty, a superhero story could replace the mirror with a wrist band connected to the magical Internet. We could say that while superhero and fairy tales differ in how they provide food for thoughts, but they are brainstorming for the time they serve. They play with the invisible forces that man cannot conquer on whimsical quests. And hence, the stories are woven, writers invent new superheroes, and if one catches the best sellers list, the character is almost real in life.

When one places Captain America, Bug Girls, Fearless, and Fantastic books are placed with The Shoemaker and the Elves or Hansel and Gretel, the stories reflect time differences and how our imaginations spread to create the crafts. One cannot deny the influence of societies and cultures around our creative forces. When the Internet became a reality, it started taking every creative venture into new dimensions. The uncertain world became the new reality, world where things happened much faster and more precisely. If Little Red Riding Hood held the message of good and evil, tried to warn us that there is danger behind the pictures that the eyes. The first time a child reads the story, it strikes them that not all people are right; the child does not see the animal in the bed, but through the innocence of her years, hears the whispers of good and evil. For the fans of fairytales, there are no shortcuts to life lessons. Those tales from the past may not touch the heightened expectations of the modern world’s advances in science and technology, but they take us back to our physical beings.

For a typical happy ending, a kind of a must for kids’ reading, the world of superhero reads like Mia Mayhem, Even Superheroes Have Bad Days or My So-Called Superpowers, the hero always wins. Happy endings are good, but at times the climb between the bad to the good is so hectic and so full of silly power games that for many kids, the stories remain in their world of fantasy. A good thing about superheroes is that the characters often stand up for justice and wake the reader to right and wrong things. And at times, the dragons in fairy tales help the main characters fight against evil forces, and for some superhero characters, like the Super-Pig, there is the blending of both. It is striving for the good, for our literary world, humans invent and re-invent stories of evil and the good, of wealth and poverty, to keep their stories alive.

Our reading habits go back and forth on the winds of time, like many other changes in life. For many guardians and teachers, allowing a child to develop his or her own taste in reading is to take them to a library. Fairy tales or superheroes, comics, or classics, every child would benefit from finding his or her own field of reading, who knows which child is going to be the inventor of some fantastic characters that blend in both the old and the new in the world of children’s literature?