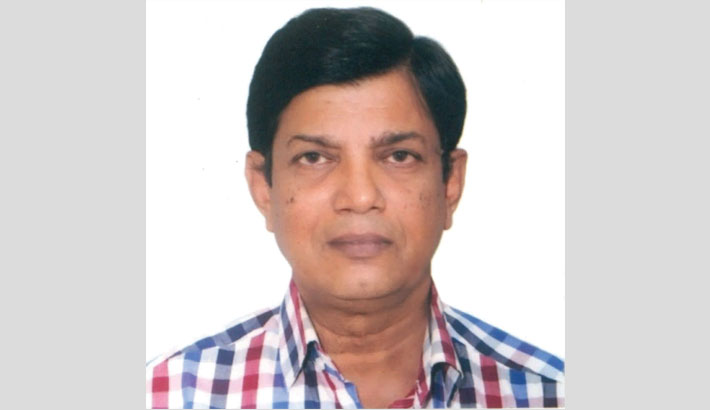 Non-performing loans have now turned out to be a burning issue in almost all the economic discourses in Bangladesh, posing a serious threat to the healthy growth of the banking sector. The actual size of bad loan is more than double the officially recognised figure, according to a recent report of International Monetary Fund (IMF). The report was prepared at the request of the government of Bangladesh. A specialized mission of the IMF’s monetary and capital market department visited Bangladesh twice in the last six months for a diagnostic review of Bangladesh’s banking sector and they came up with 43 suggestions for reforms. The 69 page report was handed over to finance ministry and Bangladesh Bank (BB). It is learnt that our finance minister will sit with the IMF at its annual meeting due to be held in Washington from October 14 to 20 to discuss the contents of the report and find out ways and means on the probable remedial measures.

As of June, 2019 banking sector’s default loans stood at Tk 112,425 crore which makes up 11.69 percent of the total outstanding loans, according to Bangladesh bank data. But this figure does not give the real picture of the total bad loans. Some 675 large borrowers reported as defaulters by BB have obtained stay order from the High Court, as a result of which their defaulted loans no longer appear in the BB’s Credit Information Bureau database. And the banks concerned can report these loans as non-classified. There are Tk. 79,240 crore such loans as of January 10 this year, as per BB.

These loans should be counted as problem assets as well as those in Special Mention accounts, which is the precursor to classified category. A large number of Special Mention loans are rescheduled or restructured many times and in so doing banks tend to mask the problem loans. As of June, loans amounting to Tk. 27,192 crore are held in Special Mention account, according to central bank’s data. Then the central bank’s granting no objection to both public and private sector banks to reschedule defaulted loans on a case –by-basis suggests that these are brought back as regular loans. In the first six months of the current year loans amounting to Tk. 21,308 crore have been rescheduled.

The computation of problem assets should, therefore, be included stay order, Special Mention loans and the rescheduled loans. Accordingly, the total amount of non-performing loans in Bangladesh’s banking sector as of June stands at a staggering Tk. 2.401,167 crore, which is more than double of the reported amount of the defaulted loans. And, the IMF mission felt that a large number of borrowers became defaulters by choice, not due to any unexpected financial hardship. They also stated that influential and politically connected large borrowers default because they can.

Given this condition, many bankers and academics are of the opinion that the plight of this sector has further aggravated with the relaxation of loan write-off policy in February and loan classification rules in April and generous offer of fresh rescheduling facility for defaulters with flexible terms. As per the new loan write-off policy, banks can write-off from their balance-sheets their defaulted loans that have been hovering in the bad category for three years down from five years previously. And under the loan classification policy, borrowers across the board will be given more time to pay back their installments before they are identified as defaulters. As per the new rescheduling policy, defaulters will be allowed to reschedule their classified loans by paying only 2 percent down payment instead of existing 10-50 percent. A maximum of 9 percent interest rate will be imposed on rescheduled loans, which is far lower than the existing 12-16 percent. The time for repayment has been generously extended to 10 years with a grace period of another one year.

No country in the world has an instance of rescheduling defaulted loans with only 2 percent down payment. The banking sector’s long standing problem will only get worse when these policies will come into effect. The changes are intended to coax the defaulters to eventually pay back their loans but it seems to have already proved counter-productive because the bank’s loan recovery momentum slowed down in the second quarter of  2019 as many defaulters showed unwillingness to pay back to enjoy central bank’s relaxed rescheduling policy.

It should be borne in mind that China, in the recent past, was plagued with default loans but it succeeded in bringing down bad loans by adopting stern measures. The Chinese government seized the passports of bank defaulters, cancelled their travel documents and did not allow them to become the member of any state committee. As such, the defaulters in the course of time were branded as out-law. This approach of Chinese government in dealing with default loans brought good result as most of the defaulters started repaying their loans and as such defaulted loans declined significantly over a short period of time. It proves that stern measures help bring down bad loans and the kind of soft approach (carrot approach) increases defaulted loans, so does in Bangladesh. We are working in reverse.

The biggest problem in the banking sector of Bangladesh is bad loan and it is created because of the unholy nexus among some politically connected unscrupulous borrowers, bank sponsors and top brass of the bank management. It is not possible to curb the default loan culture so long this nexus is allowed to operate in the banking sector. It seems the defaulters are enjoying a kind of impunity by not paying back their loans- the bigger loan defaulter one becomes, the greater the impunity he or she enjoys.

If the board of any bank is good, the employees follow suit. The case of Pubali Bank may be referred to here. Once a problem bank it was used to be in all sorts of malpractices. But when a right set of people were inducted to the board things changed dramatically. Today it is one of the best run banks in the country.

We hope that our finance minister will take cognizance of the recommendations of the IMF mission and work out a feasible action plan to not only discourage financial malpractices and bring down the willful defaulters to brook but also make sure that the country’s resources are made available to facilitate further growth. Otherwise, with default loans mounting and liquidity drying up, the malaise in the banking sector- the life line of the economy- can derail Bangladesh’s march towards becoming an upper-middle country by 2030.

The writer is a retired Dy. General Manager of BSCIC.