Howdy Modi! Another Feather in the Cap of India 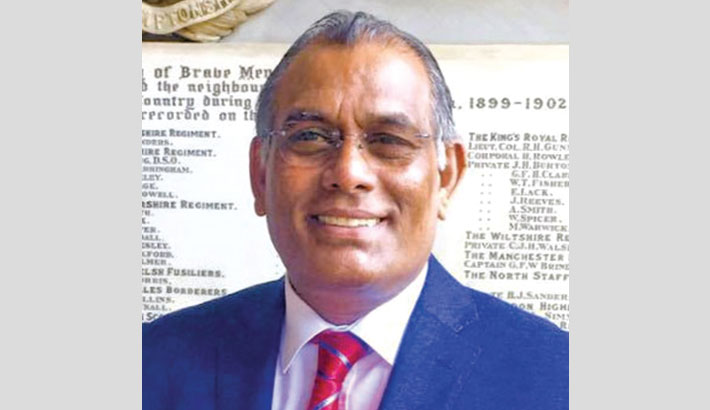 India is the most populous democracy in the world, almost triple the size of the total population of the USA, and with a large number of voters. Winning an election in India with a landslide victory second time around, and with a personal rating of 70% for the PM, is unheard of in Indian history since its birth on the 15th August 1947. India has more than one million polling booths and there are in excess of 430 million women voters, too, with 80 million new voters and 15 million from the age group 18-19. The task itself is eye-wateringly cumbersome to accomplish. However, The election results were intriguingly staggering for Mr. Modi’s BJP. Based on a survey conducted by the UN, there are more than 15 million Indians living abroad outside India – that’s twice the size of the population of Israel.

Mr. Modi was going to attend the UNGA (United National General Assembly) meeting in the USA and he was invited by the Indian diaspora in Texas to address a rally of Indians living in the US. There are around 50,000 strong, vibrant, affluent Indian communities residing in the Texas region and these predominantly belong to Mr. Modi’s home state of Gujarat. The grand meeting was colloquially named “HOWDY MODI”: what a befitting coining of the gathering’s name, & guess what? US President Mr Trump consented to lend his grace by attending the meeting, along with the Indian Prime Minister. What a momentous gathering it has been – a 90-minute programme with 400 dancers as a grand finale! This was perhaps one of the most significant events ever to take place where an Indian Prime Minister has been inaugurated in front of an Indian audience abroad and watched by billions of Indians on TV at home and abroad, by an incumbent President of The United States of America. It speaks volumes of the ever-rising stature of India on the world stage.

The actual event was unbelievably electric – perhaps somewhat less so if viewed on television. Anyone not present will be unable to comprehend the magnitude of the rapturous welcome that the President of the USA and The Indian Prime Minister received from the audience. Among many dignitaries, the gathering was also blessed by the presence of numerous Senators, Governors and Congressmen and women, which speaks volumes about the significance and importance of this meeting.

India is now perceived as one of the most dependable friends and an authentic player on the world stage of diplomacy and cooperation and, above all, a trustworthy ally of many around the world. Especially the US, when her clout in the world arena has become a bit dented, and she feels the need of a strong shoulder like India to stand by her side, which is the right thing to do. India has proven her judicious, unbiased and secular democratic credentials, and both India and the USA are equally at the receiving end of religion-fuelled terrorism, which could be one of the salient ingredients of gelling these two nations together. Indian democracy is another element of the icing on the cake. India has been among the most reliable and vocal interlocutors in promoting the anti-terrorism agenda all over the world. It has taken a lot of praiseworthy reforms to modernise India’s rural masses and uplift them socially, economically and educationally. The introduction of one simple method of taxation pan-India was a Herculean task, which India has achieved and soon it will be a currency note-less economy. It is also praiseworthy to point out that, due to these multi-faceted reforms, the religion-based extremism has not been able to produce a single suicide belt wearer. India’s ever-increasing status in the world has meant that she has become an effective ally of the USA. India will soon attain a coveted position as a Permanent Member of the UN’s Security Council. The world can see the transparency of genuineness of India, and slowly and gradually the Pandora’s box of the deceit, duplicity and lies of the neighbouring nuclear state is being unearthed – a neighbour who has been out there harbouring all sorts of non-state players to wage an unholy reign of terror through which to establish their concocted ideologies. The Prime Minister of Pakistan delivered a speech to the UN, full of rantings and bypassing the facts and figures. They have amassed a 70-year-old industry of military apparatus to perpetuate terrorism. Not a single word about their past or what they have done to the Bengalis of erstwhile East Pakistan, present-day Bangladesh. This could have been a genuine opening to apologise for their heinous genocide in 1971. But, instead, he started to distort the history, and his version of history is a million miles from the truth; whereas India showcased a vibrant democracy, a developing and thriving country whose people are persevering to excel in their lives, to emancipate the whole rural India and modernise the urban India, meeting all the international goals.

For the USA to have India as their trusted ally in the East will facilitate encapsulating the USA’s lost image in the region and will allow India to stand firm in the ongoing trade war with her neighbouring giant. Intrinsically, India resonates friendship across the board, which will pave the way for her ally to rally the Indian’s pan-Asian and pan-African band of nations to lend their support to the new world order emerging on the horizon. The Howdy Modi speaks volumes to repeat that rhetoric.

It won’t be an overestimation for one to envisage that, after the colossal Brexit, the UK may feel a bit lost in her stature on the world stage, with a weakened Veto power on the Permanent Security Council in the UN, but diplomatically a little rattled, isolated and lonely. In the event of that phase, the UK will be able to find solace in the company of India’s relentless support for its long-lasting ally, too, with full support from the colonial emerging powerhouses like Bangladesh and others. The relationship of India with Bangladesh and other north-eastern landlocked countries is one of the best in the world. These unions of countries will be great international friends for the UK to share mutual support to regain the UK’s slimmer stature, and India being on board will bring credibility and maturity.

The author is the founder & CEO