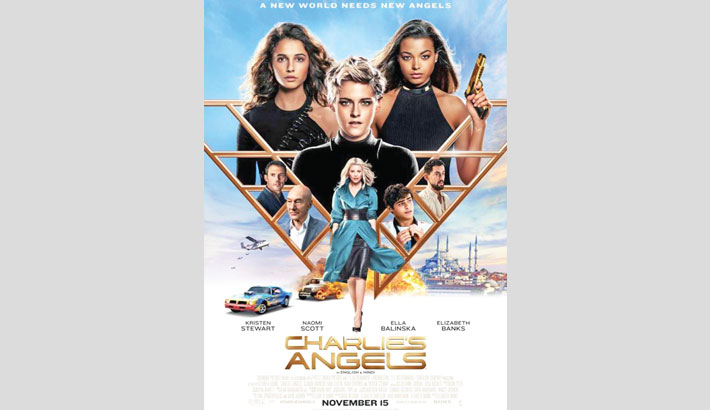 One of the anticipated movies of 2019 is the reboot version of Charlie's Angels, which is given the Elizabeth Banks twist as the actress takes up the director's cap. Replacing the original trio of Cameron Diaz, Drew Barry and Lucy Liu, Charlie's Angels stars Kristen Stewart, Naomi Scott and Ella Balinska as the new angels.

A new poster of Charlie's Angels is out and it gives us a glimpse of the angels as the ultimate women in black! Kristen, in particular, looks spectacular in the cropped looked as she stares on intensely. Naomi, who comes fresh off of the success of Aladdin sports curly tresses that are too hot to handle while a straight-haired Ella holds a gun in hand, ready for some action and looks incredibly sexy while doing it. The supporting actors, which also includes Elizabeth, make an appearance on the poster as well.

Meanwhile, in an earlier interview with Entertainment Weekly, Banks got candid about making Charlie's Angels saying, "It was important to me to make a movie about women working together and supporting each other, and not make a movie about their romantic entanglements or their mother they don’t call enough."