Salman is ready to move out of his childhood home Galaxy 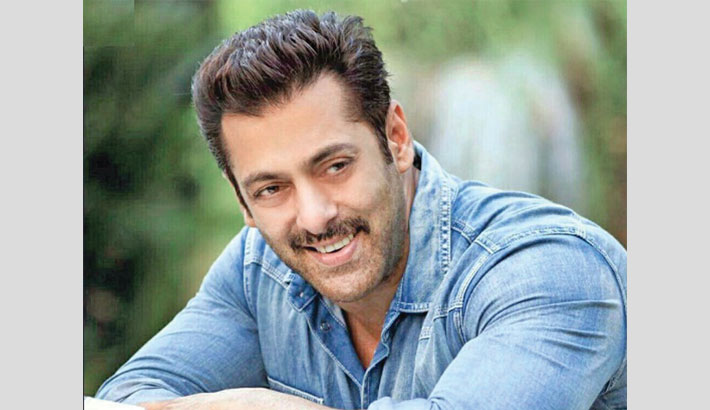 Super star Salman Khan was spotted at his new address in Chimbai, Bandra on Thrusday. He arrived around 5.30 pm and spent a considerable amount of time checking out the site. Looks like, construction work is set to begin soon on his sea-kissing dream abode if the barricades are an indication. Salman has been keen on a larger place for him and his folks for a while now, reports mid-day.

The cottages in Chimbai Gaothan were originally owned by a certain Mary Clotilda Baptista, who sold it to a Charlottee Mary Pereira in 1956. After Pereira's death in 1987, the property went to her sons Quentin and Melville. The Perieras sold the property to Khar-based Salim Shaikh in 2005, who in turn sold it to Salim and Salma Khan in 2011. Last year, as reported exclusively in mid-day (Read: Salman Khan to finally move out of his childhood home Galaxy. Details here), they submitted a plan to the BMC to construct a six-storey building with basement parking. According to the plans submitted to the BMC, the family intends to build a ground-plus-five-storey structure.

The ground floor will house a family room, a pantry and an entrance lobby. The upper five floors will each have a two-bedroom flat, with a 400 square feet living room and two bedrooms of around 250 square feet, attached with baths. The building will also have two basements with parking slots for 16 cars. As per the plan, the terrace has been kept open to the sky with a dome in the centre.

In 2013, fisherfolk had alleged that Salman Khan's security were preventing them from drying fish and mending nets in front of the property. It seems everything has been sorted out and Sallu is all set to bid goodbye to Galaxy.