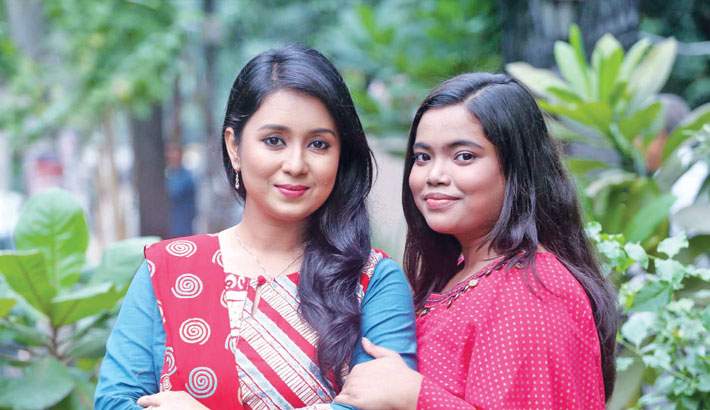 Rongon, daughter of prominent lyricist Jamal Hossain, is going to make her acting debut with the drama ‘Atithi’. In the tele-drama she is working with 'Monpura' famed actress Farhana Mili.

Written by Jamal Hossain and directed by Yasmin Elan, the shooting of the play has begun in the capital’s Uttara area recently.

Talking about the project Farhana Mili said, “We know, Jamal bhai is a prominent lyricist of the country. He writes well. For the first time I am working on his script. The story, casts and director of the drama are well equipped. I think it will be a good production.”

“This is Rongon’s first drama. She has tried to perform according to her role,” Mili said about Rongon.

On the other hand, Rongon is very excited about her debut drama. She said, “By the inspiration of my father Jamal Hossain I have come to acting. Because of this is my first tele-fiction, I was little bit nervous. Mili apu and everyone in the unit helped me lot. I have tried my level best and now the audience will judge my performance.”

The drama Atithi will be aired on a satellite Television channel soon.