Johnson vows to fight on despite Brexit blows 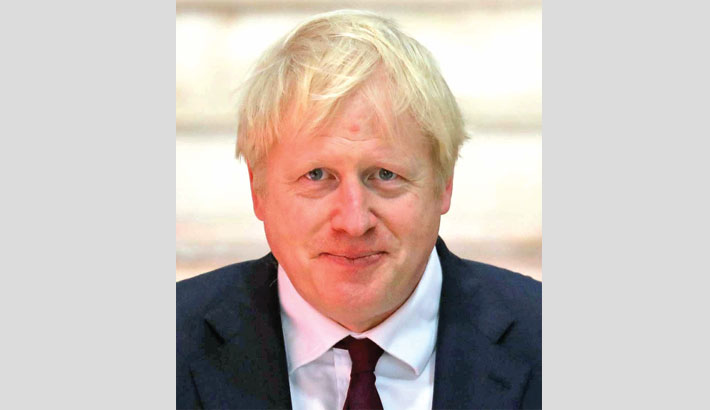 LONDON: The British government insisted Sunday that Boris Johnson would fight on as prime minister despite seeing a top cabinet ally quit and his do-or-die Brexit strategy blocked by parliament, reports AFP.

Johnson rose to power six weeks ago by injecting his trademark optimism into a ruling Conservative party that was cracking under the pressure of Britain’s worst crisis in generations.

He now finds himself outflanked by pro-EU opponents and the country barrelling toward a chaotic October 31 breakup with its closest neighbours after 46 years.

Fears of Britain and the 27 EU nations splitting without a plan for what comes next were compounded when France threw up its hands at the possibility of another Brexit extension.

“In the current circumstances, it’s no!” French Foreign Minister Jean-Yves Le Drian told a Sunday political talk show in Paris. “We are not going through this every three months,” he said.

All 28 current EU leaders must approve what would be the third Brexit delay this year. Johnson’s awful run at home got worse with the resignation on Saturday of Conservative heavyweight Amber Rudd from her work and pensions post.

Rudd was a moderate member of former prime minister Theresa May’s government whose endorsement Johnson coveted during his successful UK leadership challenge. But Rudd said on Sunday that she could no longer be part of the team that oversees what both businesses and the markets fear would be a very messy “no-deal” divorce.

“When I asked Number 10 for a summary of what the plan was for actually getting a deal, I was sent a one-page summary,” she told BBC television.

“I believe (Johnson) is trying to get a deal with the EU. I am just saying what I have seen in government is that there is this huge machine preparing for no-deal.”

Johnson is adamant that he needs the no-deal threat to wrest a better agreement from Brussels at a leadership summit on October 17-18.

He is instead seeking to hold an early general election on October 15 that could give him a mandate to take Britain out on time and at any cost.

But parliament has mandated Johnson to seek an extension should his approach fail by October 19. Lawmakers are also expected on Monday to block his call for a snap vote for a second time.

This appears to leave Johnson with few other options but to resign—something two top ministers said on Sunday he would not do. “The prime minister will not be resigning,” interior minister Sajid Javid told the BBC.