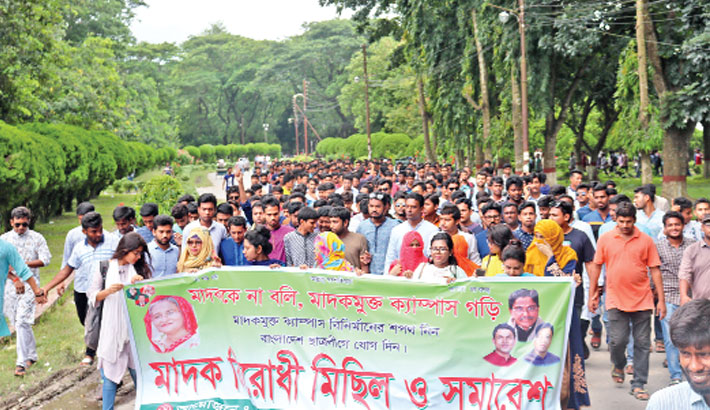 Students of Islamic University bring out an anti-drug procession on the campus in Kushtia on Sunday to create awareness about the negatives of drug abuse. — Sun Photo

KUSHTIA: An anti-drug procession was held on Islamic University (IU) campus in Kushtia on Sunday aiming to create a drug free campus.

More than three hundred leaders and activists of BCL IU unit, led by its President SM Robiul Islam Polash and General Secretary Rakibul Islam Rakib, brought out the procession from the party’s tent around 11:30am.

The procession ended at the same place after parading main roads of the campus.

IU BCL unit president told that they announced zero tolerance towards drug. They would take action with the assistance of the university authorities if they found anyone involvement with drug on the campus.