Rohingya: A Dichotomy of Humanitarian Help 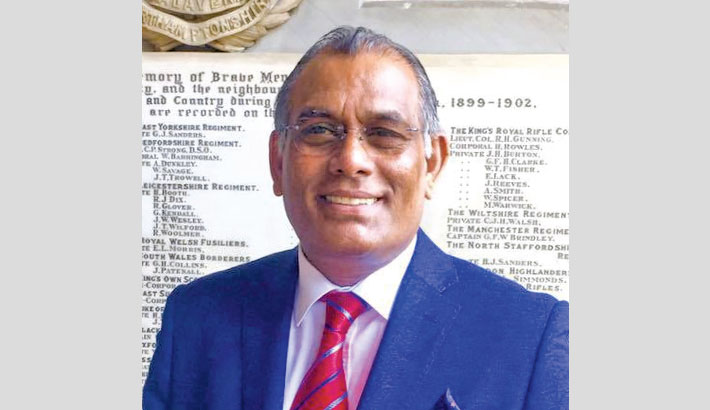 I myself was a refugee in India in 1971 when I was 11 years old so I know the plight of a refugee full well. There is no pride in being a refugee. The miseries, the fear for life, having to leave one’s dwellings behind are probably the worst experiences any human being can face, which I faced some 48 years ago. The agony and the destitution of those days still haunt me often. Bangladesh is perhaps one of the most generous countries in the present world in terms of her quest for humanitarian aspects. The country was born from the backdrop of a massive human catastrophe; genocide and a Bengali holocaust perpetrated by the military juntas of Pakistan in 1971.  When the world's richest and advanced countries are shying away from sheltering millions of displaced people littered all around the world, Bangladesh had the magnanimity to give shelter to the Rohingya population at the behest of our passionate Honorable Prime Minister who compromised our own population issues and other social safety net arrangements to help those who were in great danger of their lives from the onslaught of Myanmar's annihilation.

There are 700,000 Rohingya forced migrants presently living in Bangladesh and there seems to be an unknown and unheard unwillingness of their repatriation. The world organizations are proactively trying their best to minimise this enormous economic, social, environmental & politico-religion burden from the shoulders of Bangladesh.

Rohingya issues have attracted some unasked for and unwanted sympathisers from all around the world who are shedding crocodiles tears for these people when they are not even flinching an eyelid for the scores of people who are facing the same kind of sectarian, racial, and religious persecution in their own doorsteps. They had no dearth of compassion for the Rohingyas which makes an analytical brain wonder!

Friends of Bangladesh and other international humanitarian agencies were the most compassionate and proactive to help those people in distress and funded Bangladesh amply to cope with this. The role of the international NGOs needs to be addressed here too. The latest report in newspapers indicates that some of the NGOs are even involved in making sharp tools. Many have indicated that there is a massive disparity in terms of NGO vs Refugee expenditure percentage ratio. These are some of the staggering data to augment to a rather sinister ploy. It was also reported that they are the ones who have played an important role in not allowing the refugees to be moved to the island where the government had made arrangements to rehouse the Rohingyas. Watching the plights of refugees from the plush hotels and bars of Cox's Bazaar is more important than living secluded in a remote island. I guess that was not their aspiration. The proof of these assertions is in the pudding as the latest report indicates that there were numbers of NGOs who are barred from operating in the camps by the Government for their unethical activities.

But when I was in India no one tried to cash in my situation and incite discontent in us. Poverty and impoverishment were at its peak at the time too. Whereas it seems that there is a lot of un-called for attention for the Rohingyas in certain parts of the world. Mammoth unregulated and unaccounted for clandestine fundraising was going on by pseudo-NGOs and hastily manufactured charitable organisations in the West all in the name of Rohingyas. It seemed that it was one of the most dangerous activities to accomplish with all the concocted stories in social media spreading like wildfire long before the actual avalanche of the exodus of the Rohingyas started in reality. These were and are still very dubious and suspicious in nature. The Rohingya population perhaps became a Ping-Pong ball for those who want to create some kind of social imbalance or start a new kind of socio-political agenda. Charity tourism from the West is rife and the sudden mushroom growth of Neo philanthropists is visibly noticeable. Though Bangladesh authorities are very vigilant and proactive yet there are hundreds and thousands of these charity tourism selfies portraying the social and economic poverty of those displaced people. It is their agenda to incite some kind of reprisal elsewhere. There are photo sessions to showcase relief distribution to impress the donors of the fundraising which is at times very disturbing and alarming. An army of the vested quarters was born from the ashes of this Rohingya crisis in faraway places. Places where anti-Bangladesh liberation forces and anti-status qua fraternity are thriving to obliterate what Bangladesh has achieved over the years to make it emulate those derelict countries who are riddled with poverty, tyranny, killing and full-blown fundamentalist regimes.

Have the Rohingya population been roped in by those vested quarters?  Have they brainwashed these people not to go back to their place of birth? The conditions in the refugee camps with no birth control and education awareness and the prerequisites of brainwashing, radicalising and inculcating violent extremism suits like a textbook experiment! Also, there is this mythical wish of establishing a pan sub continental hinterland of a radical patch that might have played some kind of role to recruit these poor, impoverished, derelict and uneducated camp dwellers. It is another matter to probe and subsequently detox them from these perils.

The Far-fetched thought of vote bank politics may be also secretly playing a pivotal role there too. The mammoth population growth in those camps are a sign of looming danger to imbalance the demography of the whole region and by the next one or two generations these refugee population will amalgamate with the mainstream society without a trace of their origin; but what it might pose is a huge chunk of vote bank for those ideological political outfits.

It reminded me when I was a college student in Rangamati from 1977 - 79 the first bout of the refugees across the border from the then Burma started to pour into the shores of Bangladesh and there was spontaneous setting up of a religious ideology-based NGO which started to function there under the auspicious assistance and sponsorship of the government at the time. They were proactively recruiting volunteers from the colleges to work for them in the camps and many have since turned into fundamentalists overnight like one of them. The present scenario for some unknown reason resonates with the old footprint and recalls the historiography. Also, foreign secret services are proactively working covertly to twist the Rohingya forced migrants to not repatriate and slowly turn them into militants to unsettle the region. It is imperative that the world's superpowers show some initiative to defuse the situation and they can act as influencing interlocutors to pave the way for Myanmar to take their displaced migrants back from the territory of Bangladesh.

Fishing in murky water is always the trend of these groups who are out there to capitalise on people's misery, poverty, displacement, I wonder has this happened with the Rohingya population too? Nevertheless, the generous help from Bangladesh for the people in distress may pose a looming overarching social, political and demographic impediment to say the least. These Rohingya forced migrants can one day become a tinder box to unsettle the region's peaceful coexistence, harmony, and growth of the three countries surrounding their confluence of migration.

It's heart-wrenching to find that, there are people who thrive to exist in this world to capitalise to establish their agenda by using a very distressed and vulnerable group of displaced migrants. Also, there are philanthropic outfits of international repute who nurture ulterior motives to have a life in a gravy train at the cost of the misery of these poor homeless, downtrodden, displaced populations. I wonder when they will learn the lesson of humanity.

The writer is a UK based Founder & CEO of a Think-tank& an NGO.www.c-ppp.org