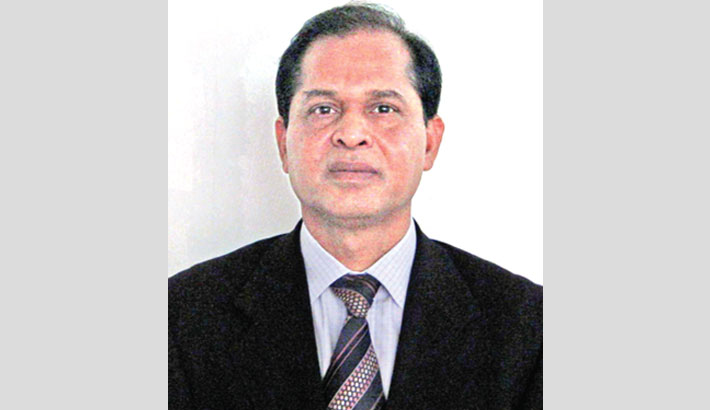 We were expecting the arrival of the first group of our workers on 27 March 2013. But due to some errors in our workers’ data, the Malaysian side faced problems and it took a few days to solve those. Finally the first group was able to land in Malaysia on 25 April 2013. I, along with some other officers and staffs of my Mission, was present at the airport (KLIA) to receive our workers. The employers were also there. Even, officials from Malaysian government were present. Honestly speaking, being a system totally new in the world, we had to face a number of technical difficulties at the initial stage. However, we proved the system migration-friendly, least expensive, safe and secured from exploitation or human trafficking.

The 13th General Election (Parliament) of Malaysia was very close at that time. As that election was held on 5 May 2013, sending of our workers had a pause for a few weeks. Many speculations came in the air about this system from various quarters. Their expectation was that the system would collapse once there would be change in the Home Ministry of the new government. If Dato’ Seri Hishammuddin would not be there, the vested interest group would try to reinstall previous practices throwing out the G to G system. I was also informed about the situation and requested to do the needful. I took it seriously but was not worried as I knew that it would not be so easy to do so.

On the election day, I visited some polling centres of the constituency of Dato’ Seri Hisham in Johor Baru state. While I talked to him there, he assured me that there was little chance of changing of his Ministry, if their party formed the government. I was expecting that he would remain in the Home Ministry. Dato’ Seri Najib Tun Razak took oath on 6 May as the Prime Minister and within a week he announced his new cabinet. Unfortunately, Dato’ Seri Hisham was given the Ministry of Defence and Dr Ahmad Zahid Hamidi (holding defence) got the Home Ministry. In fact, they changed each other’s Ministry. And that made me worried.

I sent a request to pay a courtesy call on the new Home Minister within a week of the formation of the new cabinet. On 27 May 2013, I met the new Minister for Home Affairs Dr Zahid Hamidi at his office in Putrajaya. I was the first head of mission who met Dr. Hamidi within two weeks of his taking over the charge of the Ministry of Home Affairs. I sought his fullest support and cooperation, like his predecessor Dato’ Seri Hisham, in running the ongoing recruitment process for employment of our workers in Malaysia. He assured me that he would follow the same path of his predecessor and the recruitment would continue as it was.

In July, I met the new Human Resources Minister Dato’ Seri Richard Riot at his Putra World Trade Centre (PWTC) Office in Kuala Lumpur. He was the Deputy Foreign Minister in Najib’s first cabinet. So, I knew him well. He was a nice gentleman from Sarawak. In fact, he raised the issue of inclusion of Sarawak State in the process of recruitment of workers from Bangladesh. Our discussion was very fruitful and enthusiastic.

Recruitment of our workers resumed about a month after, but it was very slow.  Malaysian employers, particularly smaller companies, were not coming. Only a few bigger companies, mostly who were in the palm plantation sector, showed their interest. In the beginning of 2014, Human Resources Minister Dato’ Seri Riot proposed to visit Bangladesh in the month of April. Our government organised everything for his visit, but suddenly Home Minister Dr. Hamidi expressed his desire to go to Bangladesh during that time. And the Malaysian Home Minister visited Bangladesh from 31 March to 2 April 2014. On the other hand, the Human Resources Minister went to Bangladesh on 18 August 2014. It is to be noted that Dr. Zahid Hamidi, in the party hierarchy, was in the third position of Barisan Nasional (later became the Deputy of Prime Minister Najib in the government and in the party, once Deputy Prime Minister Mohamad Mohyuddin Yasin left) and Mr. Richard Riot was from a small coalition partner from Sarawak. I hope, one can understand who could get the priority and why.

In this context, I would like to share an incident of that time about the sincerity and honesty of Dr. Hamidi. I believe this would give the readers a picture to understand our situation at that time. Being the Home Minister, Dr. Hamidi wrote a letter to our Minister for Expatriates’ Welfare and Overseas Employment Eng. Khandker Mosharraf Hossain requesting him to allow a Malaysian state-owned company FELDA for direct recruitment of 2,000 workers by-passing the G2G process. Our Minister, in response, requested the Malaysian Minister to tell FELDA to follow the existing system of recruitment and also assured him that Bangladesh government would expedite the earliest despatch of the recruited workers. Honestly speaking, the purpose of his visit was nothing but to initiate private sector people in the recruitment process.

Some of the opportunists associated with manpower business started cheating our people alluring them for better jobs under Malaysian professional visa (DP10) to create negative impact on G to G system. In fact, in the name of professional visa, they attracted normal workers providing them even fake professional certificates and experience documents. Though they entered Malaysia with professional category visa, but were engaged, instead of any professional job, as ordinary workers in different parts of Malaysia. For that visa, our workers had to spend around US$3,000-4,000. However, those visas had only two years validity and it was not easy to renew that further due to their job misplacements. In most of the cases, the workers became illegal. On the contrary, the cheats as well as their accomplices thus fulfilled their target at ease.

I must admit the difference between the two Home Ministers, one is Dato’ Seri Hishammuddin and the other one Dr. Ahmad Zahid Hamidi. During Hishammuddin’s time, no manpower agent had the courage to approach him or his Ministry such kind of illegal favour. Dato’ Hisham used to say the ‘dalals’ as ‘dajjals’. But Dr. Hamidi was totally a different person, who never thought that those agents would exploit the poor workers. It might so happen that he was misled and pleaded for those middlemen. On the other hand, the entire set up of Human Resources Ministry, during both Dr. S. Subramanium and Mr. Richard Riot, was in favour of the poor workers and never compromised. They shared everything with our mission and we had also supported them.

I met Dato’ Seri Hishammuddin (then Defence Minister) at the Palace on 26 April during a dinner hosted by the King. I explained to him the recent development on our workers issue and requested him for a meeting at the earliest. After two days, I met him at Hotel Royale Chulan, Kuala Lumpur. My Counsellor (Labour) Mr Mantu Kumar Biswas was with me. We explained to him everything what were going on and sought his help and suggestions. Dato’ Seri Hisham assured me that he would talk to the Prime Minister (his cousin) and obviously would do his best so that the MoU worked well.

On 5 May 2014, I had a long meeting with Dato’ Saripuddin Kasim, the new Secretary General of the Human Resources Ministry of Malaysia at Putrajaya. But the main obstacle always came from the Home Ministry, though not openly. Anyway, the system continued but the flow of workers coming to Malaysia was not as expected.

During the visit of our Prime Minister Sheikh Hasina to Malaysia in December 2014, four documents were signed between the two countries on 3 December. The Protocol amending the Memorandum of Understanding on the employment of workers was one of those signed documents. In fact, there was no such major change in the original MoU, except the inclusion of recruitment of workers for the State of Sarawak.

I left Malaysia by the end December 2014 after completion of my tour of duty there. I had great expectation from the G to G system, but it could not so happen, though the migration cost was about US$400 only. By the time I left, the number of workers recruited under that system was less than ten thousands. Unfortunately, names of a few hundred thousand aspirant workers remained locked in our BMET Data Bank. We know who were responsible for making the system a failure. But nothing could be done. Neither Dato’ Seri Hishammuddin, nor Eng. Khandkar Mosharraf Hossain, nor myself was there for its protection. I had only to witness how a good initiative collapsed at the hands of some greedy exploiters to fulfil their own interest. It is said that man proposes but god disposes. Living in the third world countries, we cannot avoid such situations. I consol myself recalling a French sentence, “C’est la vie”.