Merkel in Beijing says Hong Kong freedoms must be ‘guaranteed’ 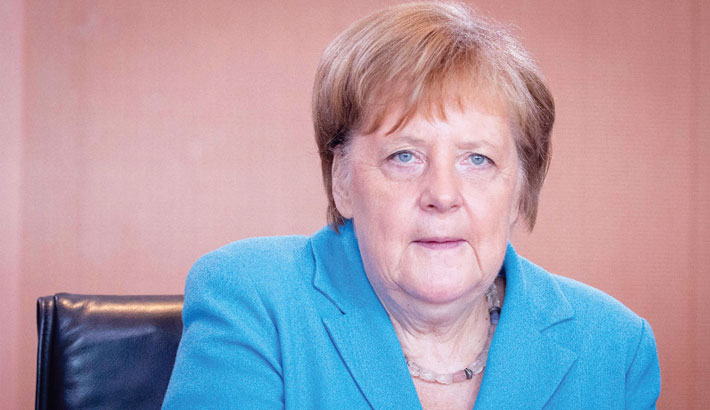 BEIJING: German Chancellor Angela Merkel said Friday the rights and freedoms of people in Hong Kong “must be guaranteed” after meeting with Chinese Premier Li Keqiang in Beijing, her spokesman said, reports AFP.

Hong Kong has been plunged into months of pro-democracy protests, and ahead of her three-day visit to China this week protestors in the semi-autonomous city appealed to the German chancellor to support them in her meetings with China’s leadership.

In a tweet Friday, spokesman Steffen Seibert quoted Merkel as saying: “The rights and freedoms of the people of Hong Kong must be guaranteed. Solutions can only be found in dialogue; do everything possible to prevent violence”.

Merkel arrived in China on Thursday with a large business delegation in tow.

Press access to her visit was unusually tight, with a number of members of the Beijing foreign press corps, including AFP, unable to get accreditations for the event. Chinese officials cited a lack of space due to a large contingent of journalists accompanying Merkel.

Prominent movement leader Joshua Wong and others recalled in an open letter published by top-selling Bild daily Wednesday that Merkel grew up in the communist police state of East Germany.

“You have first-hand experience of the terrors of a dictatorial government,” the letter read.

They also warned that “Germany should be on its guard before doing business with China, as China does not comply with international law and has repeatedly broken its promises”.

Hong Kong has endured dozens of sometimes violent pro-democracy protests triggered by opposition to a now-withdrawn law that would have allowed extradition to mainland China.

A number of Chinese dissidents have been given refuge in Germany, including dissident-artist