Our Moral Turpitude - Let Us Blame Ourselves 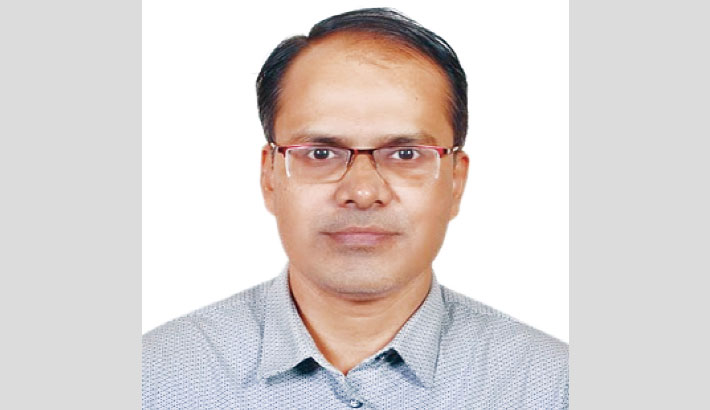 As a nation once we could boast of moral uprightness, lofty thoughts and ideas, universal human feelings and apathy for others and respect for  fairness and justice. But, the situation has changed by recent decades. Everything has turned upside down, gone haywire. Deception, corruption, adultery, cheating and moral turpitude of similar kinds have occupied our psyche, private and public life.  We are putting on the façade of  moral integrity  by hiding our  real character. We are masquerading as good and honest people.  Our appearance is all that we boast of in  public.

Nowadays  we cannot  name a certain social class or section who sticks to moral behaviours in their own spheres. Teachers, doctors, engineers, business people, journalists and even those who are the custodians  of law and  moral values  in society -none can  claim  to be upholding those  values. Now, one will find some good people only amongst those who are on the periphery and are so poor and weak that their existence hardly matters to the powerful  but  immoral men. The situation is so dangerous that people have begun to think unethical conduct as normal.   Freestyle bribery has  become  common in government   offices.  That is why, there is no grudge in  showing  the price of a book  of medical science 85 thousand   5 hundred  taka in voucher  which actually cost   five thousand  taka. The  cruellest tree-feller   is on the list of  the  best tree-planters.   Anti-Corruption Commission (ACC)  is  after the  small fries keeping the big guns untouched.

Our  condition as a nation has become  conditioned to  artificiality and  simulation. We cannot find inspiration  without   artificial stimulators.  If we the people want to deceive people, there are plenty of means to that end. The whole Bangladesh  seems to be  floating on Yaba  because we need  artificial stimulant   to remove our  biological  impotence. We hire professional motivator speakers  to  motivate our young generations.  Our  humble school teachers who once  were role model for us to   emulate are no  more   found. We need  teacher trainers from Malaysia, Sri Lanka  to train  our university  teachers.  But, only  30 years ago  a huge number of Malaysian students came to Dhaka  University for higher studies. Thousands of our doctors   worked in Libya and Iran in the 1980s and 1990’s  when I was  an adolescent. Now, our first rate private hospitals  are   in a cat like race in hiring  Indian doctors. Our patients cannot rely on our doctors; billions of  taka are   moving out of the country for  treatment abroad.  We jaywalk while our foot bridges are  deserted.

Many of our  public servants  are not morally  sound and  professionally  smart.  The post of  Deputy Commissioners (DC)  is a conventionally  prestigious  position in the district level administrations where the posts   of DC, Police Superintendent, District Judge are held in high respect and veneration  by the  local populace. The DCs   in the district represent  the  Head of the Government.  There is a hearsay that  a  DC can  directly call the Prime Minister over the red phone  to inform any matter of urgency in his jurisdiction.

But, recently the activities of some  DCs have undermined the dignity of the post. The  adultery,  corruption of some DCs,  for example, in Jamalpur and  Hobiganj  have become talk of the country. A couple of months ago, a DC  in another district had to be withdrawn  for  allegation of indecent advances   to a  junior lady colleague.  This sort of moral turpitude  was once  very rare among us.  This  malpractice  could have been avoided if   character check  was done  professionally  while making the DC fit list.  A national newspaper  reported that  though  DC Ahmed Kabir  was not on the fit list for DC,  the  then  State  Minister for  Public  Administration’s  interference  made him  occupy the post.

The appointment of DCs and  SPs should be made on the basis of quality, integrity and moral uprightness.  But, recently  the selection has become  questionable. The  situation is the reflection of our  overall   moral turpitude. If the state machineries are used for one machination, then they feel free to think that they are immune from all accountability. If  political parties use them either  to  retain power or to muzzle  the  opposition,  these state  agencies  think them above law  and engage in   malpractices. That is explicitly evident in the  reckless  and immoral activities of some personnel of the law-enforcing agencies and  civil administration.

Do  these  immoral  activities always  bring any benefit for them?  No, not  in the long run. It actually weakens the   foundations of  good governance,  paralyses the   moral  backbone of people  and perverts the   perception of  decency. We can recall here one myth about  constructive  deception  employed by one member  of  the ancient Indian  academia   that befitted our literary  heritage. It is about the legendary Sanskrit poet Kalidas. The poet Kalidas was not only poor but also unintelligent. The king of Baranosi  wanted to marry his  scholar daughter off  with  the  noted grammarian Borruchi. But,  the princess   rejected  Borruchi  on the ground of  being  not up to her level in knowledge. Being rejected Borruchi   was determined to  take revenge upon the princess.  While returning home, he saw that the unintelligent   Kalidas   was cutting the branch of the tree he was sitting on.  Borruchi thought that his objective would be  fulfilled   by this unintelligent boy. He engineered a plan. He  would present Kalidas as an erudite person to the princess and the king   so  that the princess would agree to marry him.  He taught Kalidas not to  utter a single word whatever was asked to him. So, Kalidas  did not give  answer to  any  question of the princess. Borruchi was successful to convince the people  including the princess present there that the boy was too erudite to give answer to any lady’s question.  So, the princess was married off to Kalidas.

Within a few days the  learned  princess could   discover the  ‘shallow  erudition’ of  Kalidas.  As Kalidas could not pronounce the   Sanskrit word ‘Ustro’, the angry princess ordered  Kalidas to leave home instantly. The home-leaving  husband  started to worship Kali  and acquired erudition in grammar, rhetoric and  ethics. As he was blessed  by Kali, he got the name Kalidas. Afterwards he returned home and concentrated in  writing poetry. The illiterate Kalidas achieved  miraculous poetic power with the blessings of Kali. What we have learned from this myth  is  that the deception employed by Borruchi  gave us a great poet of ancient Sangskrit literature Kalidas. But, the fact is that all deceptions in the mundane world  do not always yield benefit  for the mankind and    give birth to great creation.

Deception has  different connotations to people. The perception of being deceived is the dodgiest one. Though your  deception may on many occasions not  be detected by the other person you are deceiving, your good intentions and deeds may also be perceived as act of  deception by another.  Pakistani journalist Hamid Mir’s case   may be cited here.  In 2013, the Bangladesh government honoured 69 foreign nationals for supporting Bangladesh during the War of Independence. Hamid's father Waris Mir and 12 other Pakistanis were among them.   Late professor and journalist Waris Mir wrote a series of reports in Urdu newspaper 'Daily Jang' on the atrocities carried out by Pakistani soldiers on Bengalis in the then East Pakistan on the night of Mar 25, 1971. He had also visited Bangladesh with a group of students.  The PM Hasina, conferred the Friend of Bangladesh Liberation War award on Waris posthumously in 2013. Mir had received the award on behalf of his father. Mir came to Dhaka to receive the award skipping a ceremony in Pakistan that conferred the highest civilian award on him for advocating freedom of press.

A few years later  he claimed the award was actually a "deception" by Prime Minister Sheikh Hasina's government, who he blamed for straining ties with Pakistan. Mir made the announcement during one of  his shows of  Capital Talk . "She (Hasina) wants to cut off all ties with Pakistan which means that award was a deception. I believe we should say thanks and return this deception to Hasina  and that's what I will do," said Mir. Now it seems that the awards given to us were a deception." But, the PM  Hasina  reiterated that she was not thinking of cutting off  diplomatic ties with Pakistan though at that time a strained relationship was going on between Bangladesh and Pakistan.

Sometimes good people may also misconceive the good gesture of people.  Mr. Mir  should  not be maligned  on   that  single   ground.  A patriotic feeling might have been behind his changed attitude. May be Mr. Mir’s position  was justified on that count. To him the interest of his mother land, Pakistan counts more than   all other things. Even though  his accusation of deception  against the PM was not right, he is respected  for his liberal stand on  the independence of Bangladesh and regret for atrocities committed by the Pakistani forces. All of us  should  hold our heads high in defence of our motherland  and her interest. A   morally strong person  should naturally do it. At   the same time,  it should be borne in mind that  as all activities of a person  should not be  construed  as  benign job; similarly every intention  of that person  should not be  read as an act of deception.