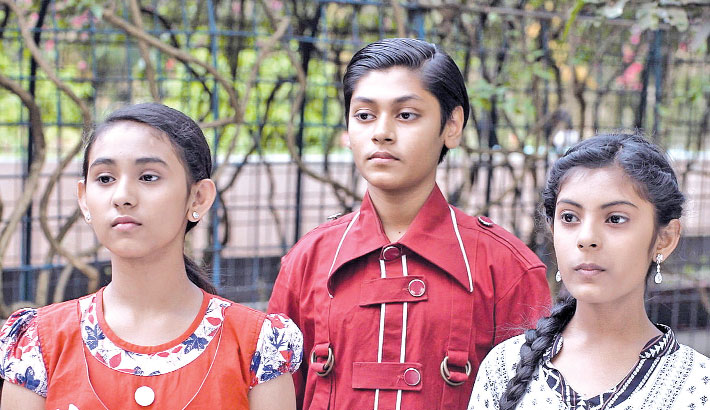 Duronto TV is airing the second season of the drama series ‘Tirigiri Tokka’. The series has gained immense popularity amongst the viewers of Duronto TV in its first season.

The programme emphasizes the country’s culture and history in addition to the main theme which is science-based fantasy. The series has been written by Marufa Yasmin Antora and directed by Shahadat Hossain Shujon.

The series is based at Shurjomukhi’s house in Dhaka.  She is a budding scientist.  One day, Tirigiri Tokka arrives at their home from a far away planted.  Even though the creature looks like Tirigiri, its personality and characteristics is completely different. The new creature is harmful to humanity.  Everyone at the house is surprised at its behavior and all the activities surrounding it are the basis for the new series.

The actors in the series include Adnan Maruf Hillol, Shamima Tushti, Nusrat Zahad Nadi, Turja, Ira, Shujat Shimul and many others.

The series is being aired on Duronto TV from Sunday to Thursday at 1:30 pm and 8:30 pm.