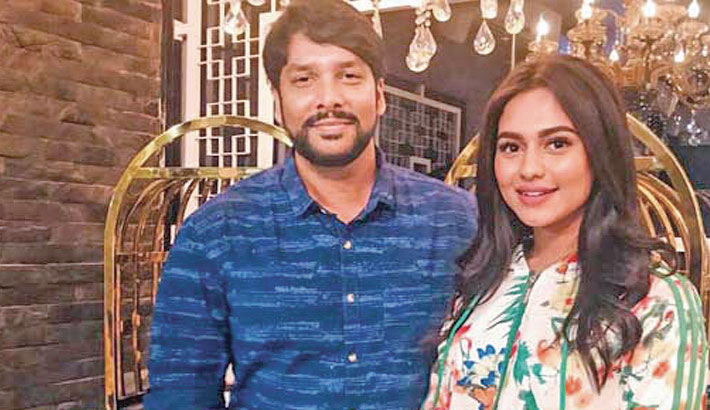 Iftakar Chowdhury is one of the popular film directors in Bangladesh. He started his career with the film Khoj: The Search in 2010. He has established himself in the showbiz industry with the movies like Agnee, Agnee 2, Rajotto and Bizli.

The ‘Agnee’ famed director is now gearing up for his new project. Popular actress from the new generation Nusraat Faria has been casted for the female lead. The film has yet to get a title and the male lead will be announced.

There was an event for the movie held at a restaurant in capital recently. Iftakar told, “I have many names on my head for the movie. But didn’t finilised the title yet. Nusraat Faria has signed in the movie. Hopefully we will reveal the male lead name and the movie title very soon.”

Faria, on the other hand, has Kolkata- based film Bhoy in her kitty. Directed by Raja Chanda, the shooting will take place across various locations in India. Her last film, Bibaho Obhijaan was also a Kolkata- based film which was released both in Bangladesh and India.

Apart from this, Faria recently shot for the film Dhaka 2040, where she will star alongside Bappi. The film is directed by Dipankar Dipon. Her upcoming film Shahensha, starring Shakib Khan, is set to release in October this year.