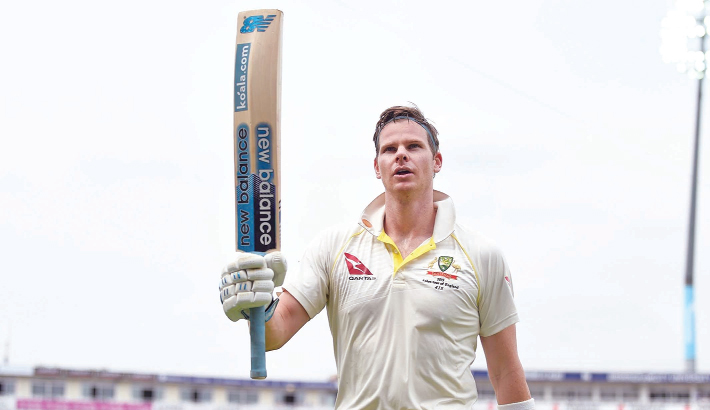 Kohli’s golden duck in India’s second innings against the West Indies in Jamaica this week has seen him slip to 903 ranking points, one point behind Smith.

The Australian had been the No.1 Test batsman from December 2015 to August 2018 but lost the title to Kohli while he was on the sidelines serving his 12-month suspension from international cricket.

Smith surged back to No.2 following his return to Test cricket in the Ashes series a month ago and has put together scores of 144, 142 and 92 in three innings.

He missed the third Test at Headingley as he recovered from a concussion he sustained following a blow to the neck by England paceman Jofra Archer, but will play in the fourth Test at Old Trafford, starting tomorrow, having returned to full fitness.

In 66 Tests, Smith has scored 25 centuries and averages 63.24, the second highest Test batting average behind Sir Donald Bradman’s 99.94 among those who have played at least 20 Tests.

Smith’s elevation to top spot means Australia now boast the No.1 Test batsman and bowler in the world, with Pat Cummins the leading bowler in the five-day game since February this year.

It’s the first time Australians have led the way in both categories since March 2006, when Ricky Ponting and Glenn McGrath topped the respective rankings.

Bumrah took 13 wickets at 9.23 in the series, including a hat-trick in the second Test and is now third on 835 ranking points, behind only Cummins (908 ranking points) and South Africa speedster Kagiso Rabada (851).

One position behind Bumrah on 814 points is Holder, who claimed six wickets in Jamaica to move level with England legend James Anderson in equal-fourth spot.

The 30-year-old Smith has been imperious in the Ashes, and having spent half-an-hour throwing balls to the right-hander this week, Australia coach Justin Langer is thrilled to have his trump card back in the XI and back to his best.

“We’re hopeful that he gets back into the zone, hits the ball off the middle of the bat.”