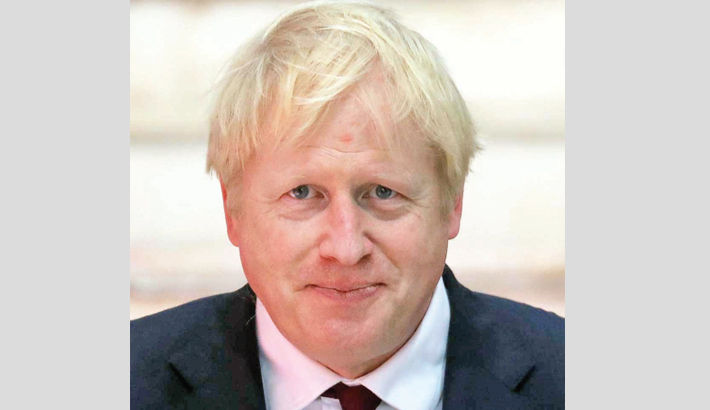 LONDON: The fate of Brexit hung in the balance on Tuesday as parliament prepared for an explosive showdown with Prime Minister Boris Johnson that could end in a snap election, reports AFP.

Members of Johnson’s own Conservative party are preparing to join opposition lawmakers in a vote to try to force a delay to Britain’s exit from the European Union if he cannot secure a divorce deal with Brussels in the next few weeks.

Johnson—who took office less than six weeks ago—has said he wants Britain to leave on October 31 with or without an agreement on how to end almost half a century of EU membership. His decision to suspend parliament for over a month starting next week so that MPs do not try to hinder his progress has stirred outrage and is being challenged in three separate courts.

The pound is trading at its lowest level since 2016 on fears of the unknown that a “no-deal Brexit” can bring. And the crisis might end up splintering Britain’s two main parties.

“If ultimately the prime minister and leader of my party is doing something which I think is so fundamentally wrong, then I can’t continue supporting it,” Dominic Grieve, a rebel Conservative MP, told BBC television.

“I simply do not see the Conservative party surviving in its current form if we continue behaving like this towards each other.” The technicalities over how parliament intends to stop Johnson—and how the premier can trigger an early general election if it does—are as complex as the entire Brexit saga.

Lawmakers will first try on Tuesday to take over the government’s power to determine what legislation is put up for a vote.

They will then hope to get a chance to vote on Wednesday on a bill forcing Johnson to seek a Brexit extension until January 31 if no new deal emerges at a October 17-18 EU summit.

They have even drafted the letter Johnson is supposed to present to EU Council president Donald Tusk in Brussels. “There will be enough people for us to get this over the line,” Conservative former finance minister Philip Hammond predicted on Tuesday.

The big battle is expected to kick off with a parliamentary address by Johnson scheduled for 1430 GMT.

But he made clear on Monday that he will not let parliament tell him what to do.