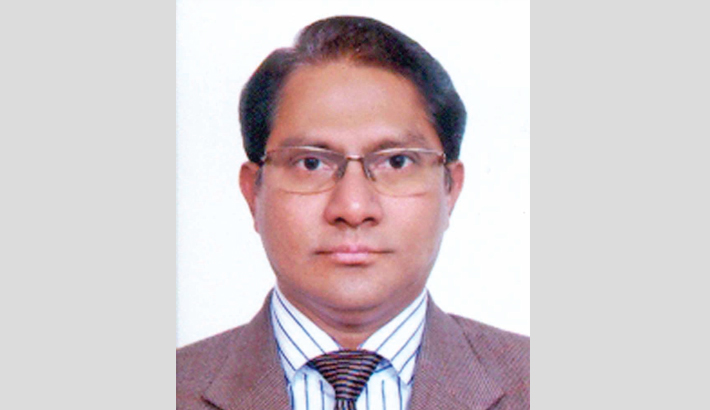 Bangladesh, despite being a relatively small country, is actually pioneer among the South Asian countries in formulating Money Laundering Prevention (MLP) Act in early 2002. Gradually to ensure appropriate legal & institutional framework and address FATF standards, significant changes were brought about in the Act during Amendments in 2009, 2012 and 2015. To combat terrorism and its financing, Anti-Terrorism Act (ATA) has been promulgated in 2009; which was also amended in 2012 and 2013. Now this MLP Act 2012 and ATA 2009 are the key legislations that have empowered Bangladesh Financial Intelligence Unit (BFIU) with specific powers and responsibility to act as the Central Agency of Bangladesh with a vision to effectively deter money laundering (ML), Terrorist Financing (TF), Proliferation Financing (PF) and other related offences.

Starting the journey as an Anti-Money Laundering Department (AMLD) of Bangladesh Bank (Central Bank) in June 2002 and undergoing a successful transformation process with remarkable dedication, the Anti-money Laundering Department emerged as BFIU on 25 January 2012 under the provision of MLP Act 2012 and it gained the full operational independence as a central agency of Bangladesh in 2015.

The most charismatic part of the AMLD i.e. currently BFIU, since the commencement of the fight against ML or TF in Bangladesh is its extraordinary skill in convincing the industry and even mass-people to proceed in a harmonised manner. It developed AML guidelines in 2003 and disseminated the same through massive training across the country engaging industry resources; it conducted enormous road-show from one-extreme corner (Teknaf) to the other (Tetulia) of the country engaging all banks in March 2010. It has been sharing all learning and best practices annually - very lively in conferences of the Chief Anti-Money Laundering Compliance Officer (CAMLCOs) and what is more to formulate the effective policy-procedures and implement the same in a most efficient manner in the industry through bilateral discussion. It played a pivotal role in establishing Association of Anti-money laundering Compliance Officers of Banks in Bangladesh (AACOBB) in 2017.

Thus through many landmarks, BFIU remaining the nucleus, the progress of AML in Bangladesh is phenomenal. BFIU achieved the membership of Egmont Group in July 2013 and now it can exchange information with around 165 member-FIUs. In 2014 Bangladesh was de-listed from the ‘group of countries vulnerable to ML and TF’ - creating a positive impact on country’s foreign trade and investments. Bangladesh was recognised as a ‘compliant country’ – as echoed in the 3rd round Mutual Evaluation Report (MER) of APG in 2016. In 2017, going up by 28 notches, Bangladesh positively moved to the 82nd position in the BASEL Committee’s AML Index. It a matter of pride that, the Head of BFIU has been selected as the Co-chair of the APG for 2018-2020.

Obviously the yardstick for any progress in this area is the official status of compliance to the FATF 40 recommendations. Yes, according to the MER published by APG in 2016, Bangladesh was Compliant (C) in 6 recommendations, Largely Compliant (LC) in 22 recommendations and Partially Compliant (PC) in 12 recommendations and there was no Non-Compliant (NC) rating. Interestingly, in 2016 Canada had 5 Non-Compliant (NC) rating and neighbouring Sri Lanka, Bhutan and Myanmar had 12, 10 and 6 NC rating respectively. Pakistan was in the ‘Black-list whilst Sri Lanka and Myanmar was in the ‘List of Vulnerable countries’. In the BASEL AML Index 2017, the ranks of Pakistan, Sri Lanka, Nepal and Myanmar were 46, 25, 14 and 13 respectively and they all fell under the high-risk category (scale of score 6.6 to 10).  It is worth mentioning that, currently according to APG’s Follow-up Report (FUR) August 2019, Bangladesh has improved with 8C (Compliant), 26LC and 6PC recommendations. Though Bangladesh outstands even few developed countries in the ‘Technical Compliance Rating’ in MER/FUR, it has to significantly develop itself in the ‘Effectiveness of legal and institutional structure and their compliance’ i.e. implementation.

With Tone from the Top, i.e. the Government of Bangladesh is very committed and through high-power ‘National Coordination Committee (NCC) on AML and CFT’, ‘Working Committee (National)’, ‘Central and Regional Task Force’, etc. -- the country is working hard both structurally and empirically engaging all stakeholders; with recent focus on Law Enforcing Agencies (LEA) to ensure better effectiveness.  BFIU has taken the lead to organise a good number of training, workshop, seminars etc. for the capacity-building of the domestic LEAs. Furthermore, to uplift them to global standards, BFIU has taken expertise and knowledge-supports from the U.S. Department of Justice’s Office of Overseas Prosecutorial Development Assistance and Training (OPDAT), United Nations Counter Terrorism Centre, World Bank, etc. Significant numbers of participants from Anti-Corruption Commission, Bangladesh Police, National Board of Revenue, Department of Narcotics Control, Bangladesh Securities and Exchange Commission, Prosecutors of Judicial bodies, etc. have been trained to ensure the effective implementation and execution of the AML/CFT Regulations in the country. Just in 2017-18 financial-year BFIU has arranged around 140 major training-workshops/ conferences/ seminars for these key local stakeholders, covering thousands of participants.

To remain as the key catalyst, BFIU also recognises the importance of own Capacity-Building. BFIU treats learning as a continuous process and keeps its officials abreast of the latest knowledge to fulfil the important responsibility entrusted to them. In financial year 2017-18 and 2016-17, BFIU Officials have attended in 41 and 86 international training/ workshops/ conferences respectively, besides a handful of domestic developmental programmes. Mentionable that some of the officials of BFIU have been contributing to different global forums, such as becoming Assessor for the Mutual Evaluation of different jurisdiction (Indonesia, Thailand, Nepal, Bhutan, Solomon Island, etc.) after successfully being accredited in the ‘Assessor Training Workshop by APG’. Different International bodies and forums like FATF, APG, USDOJ’s OPDAT, US DOS, FBI, UN (ODC, CAC, OTC) World-Bank, AUSTRAC, etc. have extended their cooperation to train the officials of BFIU to cope up with new challenges, technology and complexities. Some of BFIU officials are also CAMS certified. Among the in-house training programmes, particularly the ‘Professional Intelligence Course’ conducted by the ‘Counter Terrorism Intelligence Bureau (CTIB) of Directorate General of Forces Intelligence (DGFI)’ – is very important and an effective one, to bridge the national and global security concerns in a synchronised manner.

The positive statistics on the multi-fold responsibilities of BFIU over the decade indicate a very satisfactory progress of Bangladesh in the AML/CFT arena. Within the regulatory framework mainly working under the provisions of MLP Act 2012, MLP Rules 2019, ATA 2009 & ATA Rules, 2013 – BFIU has 6 Missions, 7 Objectives and around 18 core Functions. Just to mention, in 2008 there were 316 Reporting Organisation (ROs: 3 types) which are now more than 100,000 (17 types), number of STR/SAR received by BFIU in 2008 was only 28, which is now around 3878, Intelligence Report dissemination by BFIU to Investigating Agencies in 2008 was 85 which is now around 400 per year and number of BFIU Officers have increased from 26 to 80 now.

In addition to the regular functions of handling CTR, STR, Routine and ad-hoc searching Returns, Intelligence Reports, Training, Monitoring/ Supervision and continually issuing policy, procedure, guideline & directives for ROs; BFIU has earned a reputation in the region as a capable agency through its dynamic roles among relevant international forums and neighbouring FIUs. BFIU has assisted FIUs in Bhutan, Nepal, Sri Lanka, Maldives, etc. in various bilateral developmental programmes and has been playing a vital role in the APG. The proposal of the BFIU Head, just after becoming the Co-Chair of APG was appreciated and granted in the APG’s Governance Committee in July 2018. In its agenda, among the priorities are - encouraging inclusion based financing, preventing massive discharging of correspondent banking relation, ensuring security and campaigning for technology based financial service, checking terrorism and financing of destructive arms proliferation and arranging training programmes for judges and lawyers.

Besides, BFIU has made good contribution to recovering of the country’s stolen asset and stolen reserve of Central Bank – working as the Secretariat of inter agency Task Force for Stolen Asset Recovery (StAR). To upgrade & update the local stakeholders (ACC, CID, Banks, FIs), BFIU is taking representatives from them to attend in international workshops, seminars, conferences of FATF, APG, UN, World-Bank, etc. What is more, to demonstrate local case-studies and perspectives, BFIU is providing opportunities to some of this local stakeholders to deliver presentations in such global platforms; which is not only grooming local sectors but also tremendously motivating them to fully engage-in both the global and national agendas with a pride of team spirit.

The Government of Bangladesh has clamped down strongly the terrorist attempts in 2016 and the ongoing vigilant coordinated efforts are being appreciated by international security forums. The awareness and compliance status of ROs have increased and proficiency of BFIU officials have enhanced remarkably. And, as said before, the fascinating efforts of BFIU in engaging and consulting the local stakeholders, LEAs and AACOBB have been playing a key-role in moving the country towards ‘Middle Income Country by 2021’ as a compliant and risk free entity. But we must not be complacent. To ensure this seamless positive role more resources, relevant intelligence and technological systems and advanced training for BFIU and local key-stakeholders are pre-requisites, of which there is no alternative for assuring global and governmental patronages.

The writer is the GS of AACOBB

and SEVP and CAMLCO of