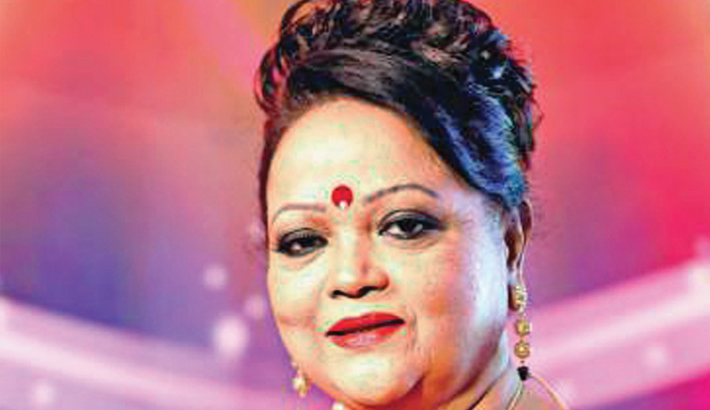 Today is the birthday of Sabina Yasmin, one of the prominent singers of the sub-continent. Her fans, friends, and well-wishers from around the world have sent their congratulatory messages as she turns 66.

Celebrities and her co-artistes also take to the social media and shower love on Sabina Yasmin with birthday wishes.

To mark the birthday of Sabina Yasmin, popular private TV station, Channel i will air a special show of their regular programme named ‘Taroka Kothon’ at 12:30 pm. Produced by Anonno Ruma and anchored by actor-director Afzal Hossain, the show will reveal some untold stories of  the legendary  singer.

Born on September 4 in 1953, Sabina Yasmin is a Bangladeshi singer. She is best known as a playback singer in Bengali cinema. She has won Bangladesh National Film Award for Best Female Playback Singer a record 13 times.  She has recorded more than 1,500 songs for films and over 10,000 songs in total.

The first song that Yasmin learned with the household harmonium was Khokon Moni Shona.  In 1964, she sang regularly in Khela Ghar, a radio programme. PC Gomez was her classical music mentor. Musician Altaf Mahmud came to know her singing voice while visiting her neighbour’s house.  She made her debut in playback singing through the song Modhu Jochnar Dipali for the film Agun Niye Khela (1967), directed by Zahir Raihan. As child artistes, she and Shahnaz Rahmatullah won awards from President Ayub Khan.

Yasmin has three sisters — Farida Yasmin, Fauzia Yasmin and Nilufar Yasmin. Her father, Lutfar Rahman, worked in Provincial Civil Service of British India and her mother Begum Mouluda Khatun was a vocal artist who took lessons from the musician Ustaad Kader Baksh. Sabina is the aunt of Agun (son of Khan Ataur Rahman and Nilufar Yasmin), a musician and Reenat Fauzia, a sitar player.

Yasmin has married three times. She has a daughter, Fairooz Yasmin (Badhon), a singer, from her first marriage with Anisur Rahman, and a son, Srabon, from her second marriage with Amir Hossain. She met Kabir Sumon, and Indian-Bengali musician and political activist, in 1998 and later the couple got married.