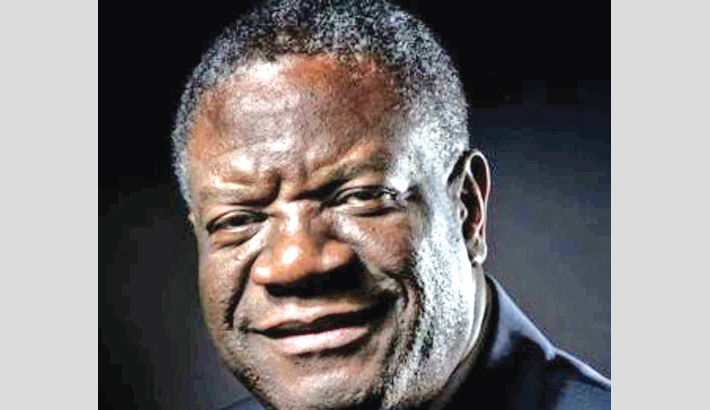 He was joint winner of the Nobel award last year for his work with victims who were abused during conflict in the Democratic Republic of Congo. Dr Mukwege founded Panzi hospital which has treated more than 55,000 victims of sexual abuse.

He shares his Nobel Prize with Iraqi activist Nadia Murad. Dr Mukwege, who founded Panzi hospital in 1999, made the announcement via his Panzi Foundation, AFP news agency reports.

The doctor and his foundation will continue the “fight to seek justice throughout the world for the victims”, a statement says.

“Recognizing that sexual violence in conflict is not just a problem in the DRC, we want to broaden our vision of holistic healing outside the country,” French broadcaster TV5 Monde quoted him as saying in the statement.

Dr Mukwege hopes to be able to extend the sexual violence victim treatment programme developed at Panzi Hospital to other countries hit by conflict such as Central African Republic, Burundi and Iraq.