Songs to fire up your travel playlist! 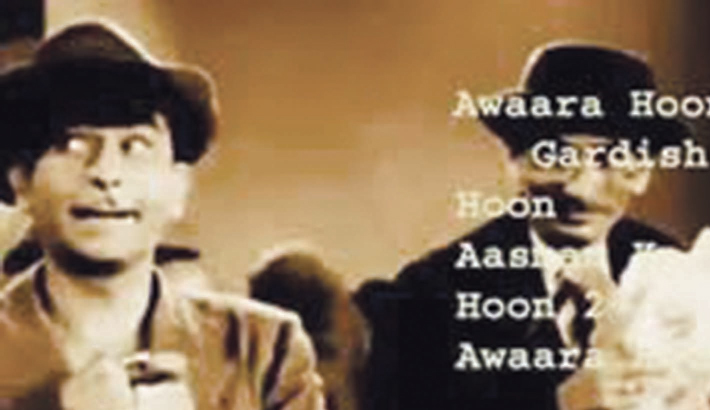 Music is a journey and vice-versa, for a journey can be musical if you know what songs to play while travelling. We are pretty sure you all have your own travel playlist ready and updated from time to time. These playlists are life savers and I am sure must also be your favourite Hindi travel songs whenever you are on a trip; irrespective of the mode of commute. You could be on a road trip, a train travel or a flight; travelling solo vacation or on a group expedition, your kind of music always gives you the company you want!

The song talks about a man who knows he has a house somewhere but lives like a nomad. He sings idhar ka hi hoon na, udhar ka raha; safar ka hi tha main, safar ka raha (here or there, I don’t find myself anywhere; belonged to the journey, in the journey I stayed.).

Urdu for travelogue, Safarnama is the retrospective insight of a bored and disillusioned young man, who suddenly discovers the meaning of his existence. His imagination, passion, love, questions, answers all took the shape of a travelogue once he looked inside himself.

A travelling photo journalist is living his dream to the fullest, though he is pulled back by his past here and there. But he is all about his backpack on the shoulder, following the road and restless flights across borders.

Indie music pioneer Lucky Ali composed this beautiful ballad, where he travels across countries singing about his lonely journey accompanied by the blurred sights of a special one. Some psychedelic work!

A simpleton girl from a protected environment faces a broken relationship and gets dumped a day before her wedding. She pulls herself up and goes for a Europe vacation alone, a trip that was supposed to be her honeymoon. This changed her life and she returned as a confident young girl who had already taken control of her life. This song is the collective tribute to her spirit, the stories from her vacation and her redemption.

A distraught rockstar sings about the flight of his soul, the sand-like dreams which keep on reappearing despite repeated wipe outs, the wind that guides him to his love, the milestones that he went past during his sojourn. A soulful composition which conceals more than it reveals!

The tonal quality of the song appears to be laid back but it urges us to take hurried steps if walking slow isn’t easy, to stick to the otherwise fickle excuse in the corner of your eyes if you know it is what you want. Part Hindi, part Bengali, it also sings about painting the sights with lush green for people who have left their homes.

An aspiring young poet breaks free from the tyranny of his alcoholic-abusive father and sets off for a journey to an unknown land. The song talks about chains failing to shackle dreams, cage rods not being able to stop sunlight, and vigilante eyes succumbing to one’s imagination.

The end chorus asks in a monologue style manner, kahani khatm hai ya shuruwat hone ko hai (has the story ended or is it the beginning of something new?), tickling your imagination for a far off land.

A prodigal son returns to his motherland and meets an ascetic on his drive back to his native village. The mystic asks him to just keep on walking, and calls him a raahi (traveller). If this song does not compel you to put on your traveller’s boots, we wonder what will! This one is probably one of the best travelling songs of Bollywood.

Awara in Hindi translates to someone who roams around without any goal or aim. This song was released in 1951 and, in those days, it was not the coolest thing to be; but cut to today’s times, a traveller without a definitive destination is all we want to be!

Perhaps the best song from one of India’s finest films, this immortal creation addresses a musafir (traveller) and asks him about his futile journey amid questions around the hollowness of human life. But our musafir (the inimitable Dev Anand) anyway continues on his journey and finally gets answers to his questions. No doubt, the references were metaphorical but totally relevant if we decide to continue with our journeys.

This song has to be the one with the most direct references to a traveller and his tales. The poet announces it in the first verse that he is a nomad with no permanent address. He goes on to talk about how a new road pops up when the old one ends; how the road took a turn when he decided to change direction; how the morning held him down for a chat and how the evening lured him for another rendezvous.

The chronicle of a contented soul, this song talks about taking the journey of life the way it comes. The song is about keeping company to life itself; blowing up worries like smoke rings into the air; making merry over despair; letting go off things that were never ours and a constant undercurrent of the human will to continue with the journey. Feeling low over something and need a push to get out of your upset self? There is hardly anything better than this song!

Our carefree traveller is urging us not to say anything to him, as he is on his way to spread love to the world. Watch Dev Anand driving through the empty roads of Delhi back in 1957, and ending his journey in Agra. Has to be one of the oldest road trips on celluloid!