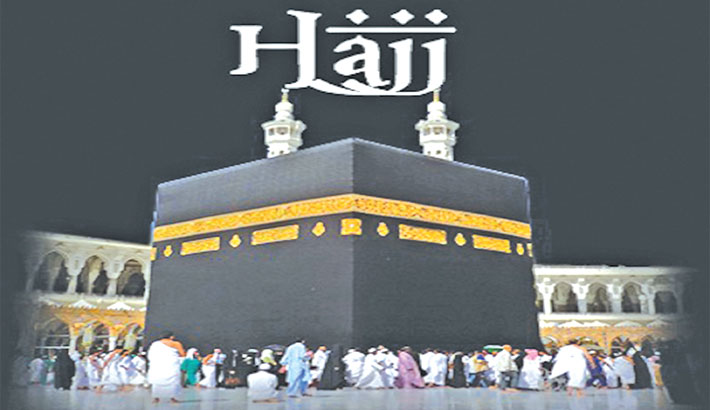 Hajj is the largest assembly of humanity. More than two million Muslims from all around the world are corrently gathering in the holy city of Makka to perform Hajj. They  focus on visiting the Kaaba, walking around it seven times and visiting many significant places of Hajj.

Muslims who are able both physically and financially are required to perform Hajj at least once in their lives. Hajj is a great opportunity to achieve forgiveness and blessings from Allah, the almighty. Abu Hurayra (Ra) narrated that the Prophet (pbuh) said, “Whoever performs Hajj and does not commit any obscenity or commit any evil will go back (free of) sin as on the day his mother bore him.” (Sahih Bukhari and Muslim).

Activities that must be performed in the Hajj are devided into two kinds. Fardh and wajib. Fard (Obligatory acts that one must perform. If they are not done, the pilgrim’s Hajj is not valid) are: 1. Ihram: Ihram is the intention of starting the acts of worship of Hajj. The word Ihram derived from Haram. Literally it means to enter into a sanctity which cannot be broken. According to Islamic shari’ah, Ihram means to enter into a state in which certain actions are not permissible. The pilgrim must enter into Ihram after cleansing the body, wearing the prescribed attire and making the intention, before crossing the designated Miqat.

Ihram is a state of purity, both in mind and body. Ihram situation oblige every one to not only wear simple white clothes which equates the rich and the poor, the governor and governed. It  removes all semblance of social, cultural and political differences for the sake of equality before Allah. Ihram is also a reminder of the shroud that we will wear when we will depart this earth.  After making the intention and entering into the state of Ihram pilgrims start to recite Talbiyah (Labbayka Allaahumma labbayk, labbayka laa shareeka laka labbayk. Inna al-hamd wa’l-ni’mata laka wa’l-mulk, laa shareeka lak (Here I am, O Allaah, here I am. Here I am, You have no partner, here I am. Verily all praise and blessings are Yours, and all sovereignty, You have no partner) and it is recited frequently throughout the pilgrimage. When a pilgrim starts reciting Talbiyah, everyting on his right and left, until the end of the land, including the rocks, or trees, or mud recites the Talbiyah. Sahl Ibn Sa'd (Ra) narrated that the Messenger of Allah (pbuh) said: "There is no Muslim who says the Talbiyah except that - on his right and left, until the end f the land, from here to there - the rocks, or trees, or mud say the Talbiyah." (Jame Tirmiji). 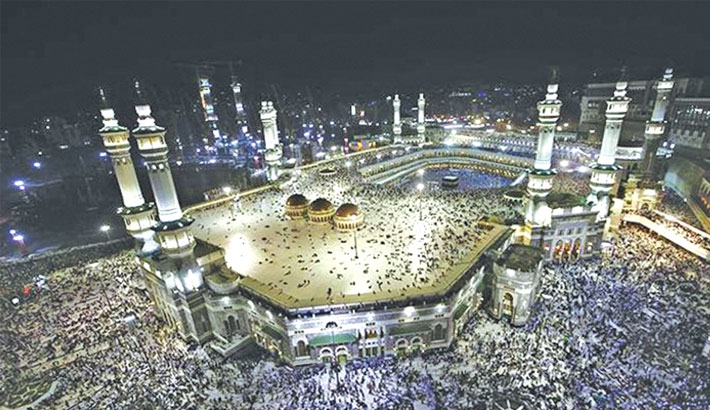 The 2nd Fard act of Hajj is Wuquf in Arafah. The word Wukuf means `silence or stop’. It's technical meaning is to stand for at least a moment in Arafah on 9th Dhul Hijjah (the last month of Islamic calendar). Hajj would be invalid if a pilgrim fails to spend the required time at Arafah. Staying for a moment in Arafah is a great act of worship. Allah (SWT) descends to the sky of the Duniya at the evening of the day of Arafah and boasts about pilgrims to the angels and says: ‘My slaves have come to Me, looking rough, from every deep valley hoping for My mercy, so if your sins were equivalent to the amount of sand or the drops of rain or like the foam on the sea I will forgive them. So go forth My slaves! Having forgiveness and for what or who you have interceded for.’ (Musnad Bazzar).

The 3rd obligatory act of Hajj is performing Tawaaf (circumambulation of the Ka‘bah) Al-Ifaadhah. The word Tawaf  means “to walk around” or “to encircle something”. Its technical meaning is to perform seven anti-clockwise circuits of the Kaaba. Tawaf starts from Hajr-e-Aswad in a counter clockwise direction. Time of Tawaaf Al-Ifaadhah begins after standing at ‘Arafah and Muzdalifah. If a man lifts his foot and sets it down for Tawaaf ten Hasanaat (good deeds) will be recorded for him, and ten Sayiaat (bad deeds) will be erased from his record, and he will be raised thereby ten degrees in status and after completing the Tawaaf he/she will achieve the reward which is equivalent to freeing a slave. Abdullah Ibn Umar reported that the Messenger of Allah (pbuh) said, “Whoever circles the Ka’bah seven times (ṭawāf) and prays two bowings (raka’at) will have a reward as if he has freed a slave. A man does not raise his foot and bring it back down except that ten good deeds will be written for him, ten bad deeds will be erased, and he will be raised by ten degrees.” (Musnad Ahmad).