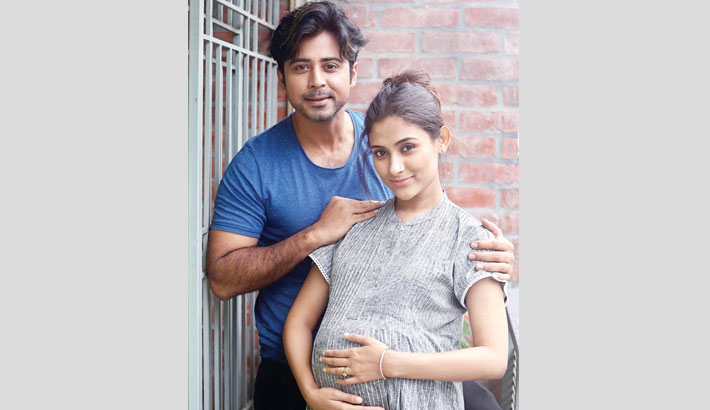 Afran Nisho, one of the popular actors in this generation. He has already proven his mettle in the field of acting. He is a versatile actor. Nisho has another identity to tell, that is writer. Occasionally, he writes story for the drama. Recently, Nisho has written the story of an Eid-drama titled ‘View (Perspective Matter)’.

Nisho is also one of the casts of the drama. Celebrated actress Mehazabien Chowdhury will be seen acting against him.

Directed by Mahmudur Rahman Himi, the shooting of the drama has already been completed at different shooting locations in the capital’s Uttara area.

Talking about the drama Nisho said, “Audience always complains that, there is no variation among the dramas now days. Keep in mind this word I wrote the story of the drama and shared with Himi.

He (Himi) liked the story and made a drama. Finally, Mehazabien and I myself tried our best to portray ourselves according to the characters. Meanwhile, Himi is a talented director.

He always tries to made good dramas for the audience.”

On the other hand, Mehazabien said, “Earlier, Himi made a drama on my story. In recent time, I got offered for many dramas with good stories and challenging characters. The drama ‘View (Perspective Matter)’ is one of the dramas.  The story of the drama is very nice and Nisho bhai is also a talented actor. I hope the audience will enjoy the drama very much.”

‘View (Perspective Matter)’ will be aired on NTV during the occasion of Eid-ul-Azha, informed director Himi.