Morgan has a Match On Against Arch rivals 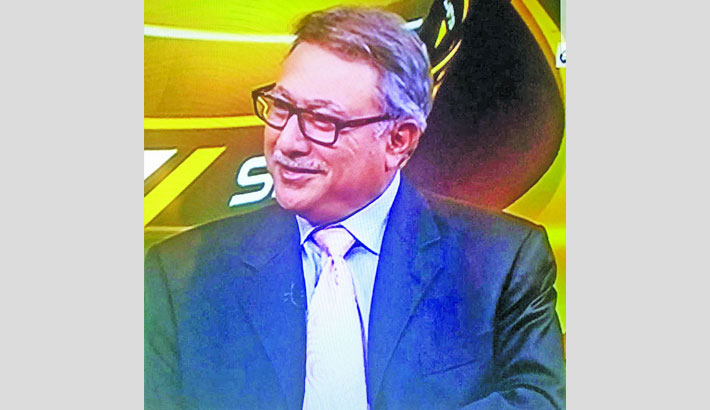 An encounter between two of the oldest and the most traditional of rivals, England and Australia, will be played out at Edgbaston today with an intensity that is sure to keep the spectators on the edge of their seats. Some fiery bowling being dealt by some hard hitting batting will be a factor that is going to decide today’s semi-finals. Eoin Morgan will go hell for leather from ball one and follow the approach which they have been adopting on a regular basis and can be said to have taken one day cricket to yet another level by compiling scores in excess of 400 on quite a regular basis.

Jonny Bairstow the right handed opening batsman with two centuries along with Joe Root also with two hundreds are two of the leading run getters for England and have shown their prowess during the course of the tournament. On the other hand David Warner who is the second highest scorer with 638 runs with three centuries and captain Aaron Finch with 507 runs and two centuries are the ones amongst the Australians who have plundered the opposition bowling and would look to continue in the same vein today.

England with three defeats and Australia with two would look to take the initiative early on and England in particular would be keen to settle scores as they were out done by their formidable foes in their group-stage match. England did well to win two very important games against India and New Zealand to overcome the hiccups that they felt after defeats against Pakistan, Australia and Sri Lanka when suddenly questions were raised about their earning the semi spot.

The match against Pakistan, a team whose back was against the wall after their pathetic display against West Indies in which Sarfaraz Ahamed and his boys capitulated for a meager hundred runs plus and lost the match by plenty. Showing the kind of resolve and intensity have always been their forte when the teams fate and fortune have taken a desperate nose dive as Pakistan came back solidly again after losing to India by winning three important matches on a trot to be back again in the reckoning.

Australia, meanwhile, have benefitted immensely from the brilliant starts that their opening pair of Aaron Finch and David Warner have been giving. Unfortunately Steve Smith hasn’t continued in the same vein and their middle or late order has been taken care of by Alex Carey who he has been a revelation as far as Australia are concerned. Glen Maxwell, the hard hitting middle order batsman has fallen short of the necessary runs expected of him and it has been the late hitting of Nathan Coulter-Nile, Pat Cummins and Mitchel Starc on which Aussies will have to rely on in case the middle order fails to deliver.

There is no doubt that Joffra Archer is one of the most promising young fast bowlers in international cricket and has shown immense promise during the ICC World Cup 2019 by taking 3 wickets regularly against most sides. His searing pace has caused a lot of uneasiness amongst the top batsmen and will look to dominate against two of the top opening batsmen of ICC World Cup 2019. While it is going to be the blistering pace of Joffra Archer and Mark Wood for England and Mitchell Starc partnered by Pat Cummins is going to generate the necessary stimulus for Australia.

Australians who had been meted out a severe thrashing at the hands of the hosts England during their recent ODI series of 2018 will be wary of their opposition who have actually transformed themselves as an almost complete one day side. Eoin Morgan has led England to their present status after the selectors had continued with their faith on him despite the miserable ICC World Cup 2015 sojourn and how wonderfully he has paid back. Not only has he led his team to a probable title but his own form with the bat has been phenomenal as well.

With the likes of Bairstow, Jason Roy, Jos Buttler and Joe Root to name a few, the English batting line up just doesn’t seem to end. Battling against the venomous swinging yorkers of Mitchel Starc and the pace of Pat Cummins, Jason Behrendorff and Coulter-Nile along with the spinning duo of Adam Zampa and Nathan Lyon will make life a lot more difficult given that Australia have never been the friendliest of foes on the field and perhaps the hardest to beat.