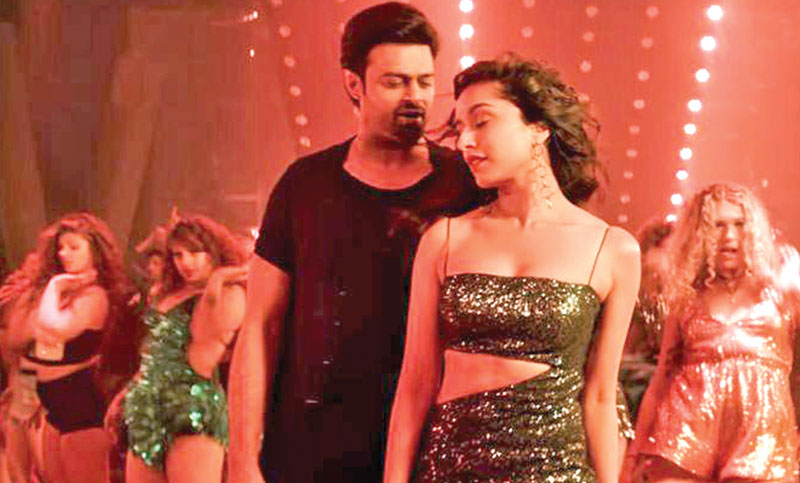 Magnum Opus Saaho which is creating the right stir amongst the audience to showcase the crackling chemistry of the duo, Shraddha Kapoor and Prabhas with the song Psycho Saiyaan, reports Mid-day.

The track has already become the most viewed video after hitting 15 million plus views which is a massive milestone for the whole wide world amongst the list of chartbusters from across the world.

The song has created the right stir amongst the audience and the crackling chemistry of the duo, Shraddha Kapoor and Prabhas has caught the fan attention for all the right reasons. Prabhas and Shraddha Kapoor who were earlier seen in an action avatar in the trailer, where the duo was seen fighting, and depicting different modes of action, in the song the duo are seen sharing sizzling chemistry in the party number. Prabhas dancing in the song has already left the audience in awe alongside the dancing diva Shraddha Kapoor.

The song showcases Prabhas and Shraddha Kapoor in a completely different avatar embedded in the romantic exchange of the duo. The two are all decked up in black to flaunt their super hit chemistry, giving us a groovy beat for the year.

Saaho is one of the most anticipated films, starring Prabhas, an actor who enjoys pan India appeal. Paired with Shraddha Kapoor, the movie is being shot in three languages, Hindi, Tamil, and Telugu, simultaneously.

The movie also has a superlative ensemble cast of Jackie Shroff, Neil Nitin Mukesh, Mandira Bedi, Chunky Panday, Mahesh Manjrekar, Arun Vijay, Murali Sharma, amongst others. ‘Saaho’ is a high octane action thriller which is presented by T-Series, produced by UV Creations and directed by Sujeeth and is set to hit the theatres on August 15, 2019.