Now is the time for peace 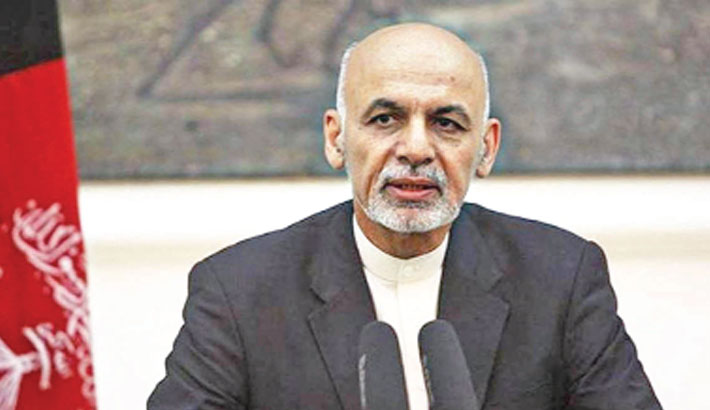 KABUL: Now is the “right moment” for peace in Afghanistan, President Ashraf Ghani said Wednesday as he once more called on the Taliban to negotiate with his government, reports AFP.

The Taliban have steadfastly refused to discuss peace with Ghani, whom they consider a US stooge heading an illegitimate regime.

But a series of talks in recent days seems to have shifted the needle in Afghanistan’s war, with the US and the Taliban claiming to have made significant progress during a summit in Doha.

Additionally, some members of Ghani’s circle attended overlapping talks in the Qatari capital with the Taliban, though only in what they called a “personal capacity”.

“In the past 18 years the time was not right for peace, for a realistic peace. Today is the right moment,” Ghani said at an EU anti-corruption conference being held in Kabul.

“If we lose this opportunity then the responsibility (for the loss) is big.”

Ghani stressed that the Taliban and his government must negotiate.

“We are the two warring sides,” he said.

The US has insisted on such talks and the two Afghan sides issued a joint resolution pledging a “roadmap for peace” for the war-torn country.

However, the historic meeting between Afghan representatives and the Taliban concluded late Monday with the longtime foes issuing a joint statement, including a reference to women’s rights.

Participants at the Doha summit agreed that “assuring women rights in political, social, economic, educational, cultural affairs as per (and) within the Islamic framework of Islamic values”, is vital for a durable peace.

The wording appears significant, as the Taliban are notorious for their longstanding subjugation of women that has included stonings, honour killings and a ban on education.

Observers have cautioned the pledge is open to broad interpretation, depending on who is defining the values of Islam.

“Our rights were completely respected in ‘frames of Islamic values’ under the (Taliban),” prominent women’s rights activist Wazhma Frogh wrote sarcastically on Twitter.

“What an achievement of the Doha meeting. Going back!”

Manizha Qurban, an Afghan Facebook user, said “a few ignorant people” should not be left to interpret Islamic values.

Otherwise “they will become nightmares, especially for women. We should invite scholars from other Islamic countries to interpret the values for us,” she wrote.

The joint statement came at the end of two days of talks between Afghan delegates, including a small group of women, and senior Taliban officials who are separately negotiating with the US for a peace deal.

Such a deal would end America’s 18-year involvement in Afghanistan in return for various guarantees, but the US insists the Taliban first hold comprehensive talks with Afghan stakeholders.