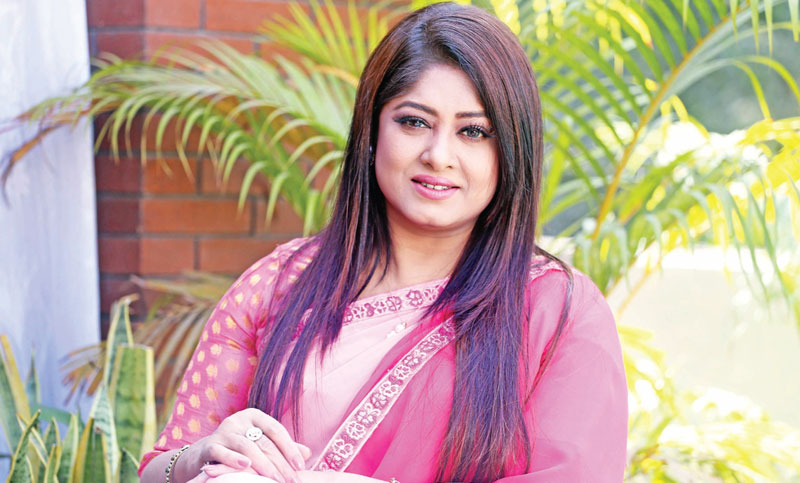 Celebrated actress Arifa Parvin Moushumi will be seen acting in a liberation war based movie titled ‘Orjon71’. Directed by Mirza Shakhawat Hossain, the shooting of the movie will begin at the fourth day of Eid-ul-Azha but the Mahrat of the film will be held at Bangladesh Film Development Corporation (BFDC) on July 16, said director Mirza Shakhawat Hossain.

The story of the film is based on the life and straggle of Firoza, wife of a policeman. Moushumi will portray the role of Firoza and Shatabdi Wadud will play as Moushumi’s husband in the film. Actually, the film will focus on the contribution of Bangladesh Police during the time of liberation war.

Talking about the film Moushumi Said, “I have worked in liberation war based film earlier. But, the background of the film ‘Orjon 71’ is quite different from those films. My role in the film is very challenging. I am very happy that I have engaged myself in this film. I have been waiting such kind of character for many days and finally I got it. I am grateful to the Bangladesh Police for this film.”

Arifa Parvin Moushumi better known by her stage name Moushumi, is a Bangladeshi film actress and director. She won Bangladesh National Film Award for Best Actress three times for her roles in Meghla Akash (2001), Devdas (2013) and Taarkata (2014). She has acted in over 150 films and made her directorial debut with Kokhono Megh Kokhono Brishti (2003).