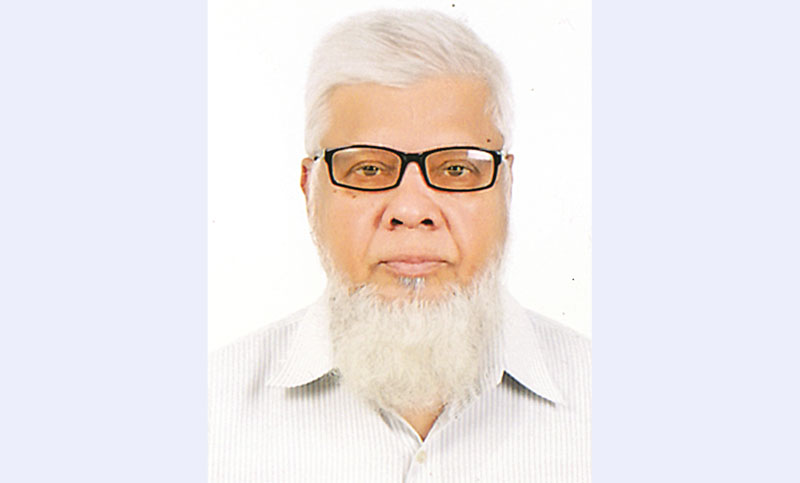 It is encouraging to note that the Ministry of Education initiated the process to replace GPA-5 by GPA-4 to facilitate students’ admission into the foreign universities. [Daily Sun, June 13, 2019]. This is a pragmatic decision since it conforms to the international norm and would save valuable time of admission seekers in preparation of a comparative statement of GPA-5 to GPA-4 and convinces the foreign universities, though the scale of conversion may not objective in many instances and the students may suffer in the process. The Ministry of Education should have considered this problem when it replaced the conventional First Division, Second Division and Third Division with these letter grades.

Grading through number band was in vogue during the erstwhile East Pakistan period and the first few decades of Bangladesh. When we sought admission into foreign universities during early nineties, it was not a major problem since universities used to consider the performance through the standardised examination such as Graduate Record Examination [GRE], Graduate Management Admission Test [GMAT] and Test of English as a Foreign Language [TOFEL] along with our academic performance in SSC, HSC and graduate and post graduate courses. The students also need to submit a report delineating his/her current academic standing, his/her future vision and his or her expectation from the proposed programme and his plan of action known as statement of purpose. Statement of purpose is a very important document and you should be innovative in presenting your idea. Letter of recommendation is another important document for your acceptance into the programme.  Average or above average universities in United States and Canada consider these criteria. The deviation if any will be marginal for universities in Australia, United Kingdom, China and Japan.

Assuming that admission in foreign universities depends on GPA-4, then you can safely assume that thousands of students are eligible from Bangladesh to study in foreign countries if they have financial support. However, admission is very difficult in United States, Canada, United Kingdom and Australia without any English proficiency test; IELTS is a prerequisite in the admission in United Kingdom and Australia and TOFEL in United States and Canada. Students those who go for higher studies with government scholarships in China and Japan also need to go through a rigorous screening process where GPA-4 may be useful in the initial screening process nevertheless different countries follow different norms related to academic excellence.

The academic excellence cannot be equated with GPA-4 where students with very poor academic achievement are admitted into the public and private universities. The poor academic achievement is manifested in their miserable knowledge base. Many students cannot write a simple sentence either in refined Bangla or in English. Many students with GPA-5 do not understand the fundamental rules of mathematics such as drawing a graph or get the summation of first n natural number.  It is my candid confession as an instructor that students are more interested to answer stereotype questions. They are more comfortable with instructors those who can provide hints on the exact nature of questions. They also expect questions those are either discussed in classes or have a-priory exposure to the answer. Even many students get GPA-4 without reading the text book designed for the course when supplementary note or lecture materials are available in a capsular form from the coaching centre. I understand most of the students received questions papers before the examination or there were 80 per cent mercy marking to bolster the results.

The quality of education has now reached the bottom of the pit as many distinguished academicians expressed their frustrations in seminar, academic discourse or in news media. Benjamin Bloom developed a hierarchical ordering of cognitive skills that both teachers and students can use to determine the learning process. Unfortunately, the questions patterns and students cognitive skill in many public examinations is not even in the knowledge hierarchy, which is the lowest level of cognitive skills. It is a common practice that students often skip some section of a chapter and expect that the alternative or choice in the question paper would still ensure GPA-5 in the process. They earn the highest grade with a knowledge gap that they cannot bridge it in the next level of education. When students are not in a position to reach the analysis and synthesis stage of Bloom’s taxonomy of learning and the instructor cannot set at least 25 per cent of the questions to test students at the application and analysis level, it is not fair to give GPA-4. It is indeed very tough to get “A” Grade in many reputed universities in the western world.

The quality of education was not so devastating two or three decades back. Above average students with reasonable performance in standardised tests could get admission in reputed universities abroad and their academic performance was comparable with both native students and students from other countries. Now we see a sharp reversal of the picture. Only students with excellent academic background are accepted in reputed universities. The cardinal issue is the quality of the education and the expansion of knowledge base through both formal and informal learning processes to reach up to the analysis and synthesis hierarchy of Bloom’s taxonomy. The GPA-4 or GPA-5 idea is a just a flick of the overall academic pursuit.